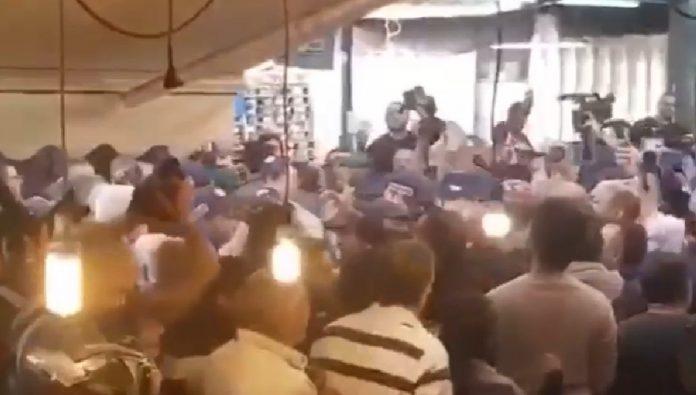 On Tuesday, as the Prime Minister visited the Hatikva Market in Tel Aviv, to rally supporters ahead of next Tuesday’s general election, an 18-year-old Israeli woman from Tel Aviv hurled a pepper at the premier, in an incident which was captured on camera.

The young woman was arrested and questioned by police, then released later in the day, after investigators concluded her motive was not political. She is known to authorities as suffering from a mental illness, according to multiple Hebrew-language media reports.

“She didn’t do it from any political motive. She doesn’t quite know who’s who on the political side,” a police source told the Walla news site after the woman’s release. “It’s clear to us she had no political opinion or motive.”

The woman later clarified that it was not a tomato that she threw, as originally reported, but rather a pepper, and the target was not, in fact, the Prime Minister, but rather her sister.

“We all support Bibi and I did not mean to hurt him, I’m sorry for everything that happened,” the woman said.