This is my response to an email I received from an organization, connecting the recent hurricane to lashon hara. I have copied the email I got from them on the bottom.

Did you think for a second that one of these emails would go to a flood victim like myself?! Do you think any person with the slightest bit of sensitivity knows that you don’t rub salt in the wound of someone that is hurting?!

Even if it’s true, that the entire the entire Klall Yisroel sits all day and speak lashon hora and we got punished, do you think it’s a normal thing for you to send out an email while people are picking up the pieces of their lives, basically saying: “You/we spoke lashon hora and this is why this is happening to you/us”?

I know you will respond and say: “That’s not what we meant. We are trying to take something positive out of this and hope it will lead to change.” That may be true, but there are different phases of this. The first stage is showing emotional, financial and loving support for your fellow Jews in pain. Once the wounds have healed, then we can look back at it and see what we can gain. Your organization skipped the main part that makes the Jews the Jews.

An organization of such great importance and with an amazing cause should not be making such insensitive mistakes of this magnitude.

Someone needs to apologize with a full page ad in all the papers.

A victim who probably brought this on himself

Here is what their email stated:

The Ben Yehoyada explains that hurricanes are created by loshon hora. The following is a short synopsis. See below for the original.

The connection between hurricanes and the sanctity of speech can be seen in the pasuk in Amos (4:13) which says “Hashem creates mountains and storms to teach a person what he has spoken.”

The posuk starts with Hashem creating mountains and ends with mentioning the speech of man.

Hashem created giant mountains whose sole purpose is to diminish the winds of His great storms. Without those mountains, chas v’shalom, when hurricanes strike they would totally destroy all buildings and houses. Instead Hashem first sends the winds to strike the mountains, which diminish their great strength, before “allowing” them to strike places where people live.

But why, asks the Ben Yehoyada, is there a need for such great hurricane winds in the first place?

He answers “Hurricanes are created by the aveira of improper speech, loshon hora.”

The Ben Yehoyada teaches us that after witnessing a great hurricane, every person should learn great musar from it, to guard themselves from the sin of improper speech. 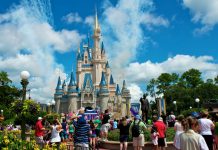 Leave a Reply to just got power back Cancel reply