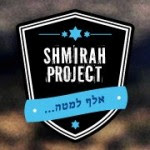 The Shmira Project is a grassroots program that pairs IDF combat soldiers with Jews around the world who do acts of kindness, prayer or Torah learning to increase the soldier’s spiritual merit and protection.

Israel is in a state of war with many of its neighbors, and even the ones with peace treaties have tremendous political turmoil and instability. Right now combat soldiers are in clear and present danger.  These soldiers frequently go into hostile areas: patrolling Israel’s borders from terrorism abroad, and preempting terrorism from within.

The Shmira Project is a person to person match that everyone can do. It follows the ancient practice of pairing physical effort with spiritual effort. The families of soldiers enjoy the reassurance of spiritual support for their children.  Participants enjoy knowing that they bring about unity and connectedness. There are absolutely no fees.

Take a name and take a shift of guard duty.  There are several ways to sign up.

Thank you to all who participated in the Shmira Project during the November 2012 Gaza Crisis. During the first week of “Operation Pillar of Defense” in  November, 2012, over 10,000 signed on.  Each took the name of an IDF soldier or resident of Israel who was in danger. The response was swift and powerful. People came from 35 countries and offered messages of true inspiration and encouragement. Each and every person made a difference. “The unity is the protection.” said one Rabbi. Whenever you may think that the Jewish People are in disarray and alone, remember the response of this one week. 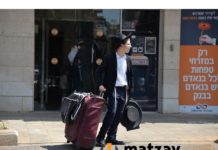 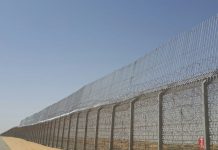 170 Druze Men Arrested At Israel Border On Way To Syria