More and more Americans are choosing not to marry. The percentage of never married Americans over the age of 25 has more than doubled to over 20 percent. Forty five percent of these never-married Americans over the age of 25 either do not want to marry or are unsure whether they would eventually like to get married. Of those that do marry, over fifty percent of marriages end in divorce. To sum up, we reside in a society that is continuously downgrading the value of families.

Unfortunately, these attitudes have infiltrated our communities as well. The singles scene in the Upper West Side and Washington Heights neighborhoods of Manhattan – which hosts thousands of Jewish singles over the age twenty five – is one of its products. The alarming, ever-rising divorce rate is another one that has its roots the discard of the value of maintaining a wholesome family setting.

Our community has also unfortunately been affected by a seemingly unrelated marital crises – the shidduch crisis. This crisis is unique in that it seems to only be affecting women. While several explanations have been suggested as the route cause of the crisis, the age-gap theory is the predominant one.

The Rambam rules that when we see a crises befall our community, we have a responsibility to soul-search in order to understand why Hashem has brought this upon us – which will cause the crises to leave us. The Rambam notes further, that refraining from soul-searching and attributing the crises to natural causes is cruelty.

WHILE we’ve seen technical explanations as to why there may be a shidduch crisis, have we seen spiritual reasons suggested?

Is it possible that Hashem has allowed this shidduch crisis to come about in order to save the Yiddishe family? As we’ve noted, we reside in a society where more than one out of every two marriages end in divorce, and the rate is continuously rising. Unfortunately, in our communities the divorce rate is also, sadly increasing at an alarming rate.

It is very possible that maybe, just maybe, Hashem permitted the shidduch challenge we currently face to come about in order to protect and secure the institution of the Jewish Family from these societal influences. A person values and appreciates an item that was difficult to obtain much more than an item that was obtained with little effort. A wife will value a marriage that she had to, unfortunately, wait and seek for a very long time, much more than had it come effortlessly. It won’t be easy for her to just pick up one day and say “I can do better”, when she is aware that “it’s a man’s world out there”.

So in conjunction to these fine initiatives being advanced in order to solve the shidduch crisis, wouldn’t it be prudent upon us to internalize the value of marriage, the way Hashem would like us to treat marriage?

As many segulos are available and suggested, we would like to propose one as well. Can we suggest that a segula for a young woman to overcome her own personal shidduch crises would be to internalize and appreciate the value of marriage. To firmly accept upon herself that as soon as she merits to marry, she will value and appreciate the marriage. Once married, she will feel a responsibility towards her spouse and will never, ever seek to end it to “do better”. Midah kneged midah, may Hashem save her time and anguish, and unite her with her zivug quickly. Omain! 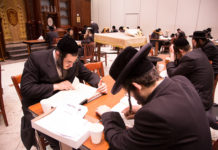