Eli Hakohen and his sons Chofni and Pinchas. The Bnei Yisrael were defeated by the Plishtim, 30,000 soldiers were slaughtered, the Aron Kodesh was taken into captivity, and Chofni and Pinchas, the two sons of Eli Kohen Gadol killed, 864 BCE. Eli dies at age 98 in shock on hearing the news. The Mishkan at Shilo was destroyed.

Rav Yitzchak Alfasi (RiF),codifier of the Gemara, author of Sefer Hahalachos (1013-1103). The period of the Geonim began in 589, and ended in 1038 with the petira of Rav Hai Gaon. Rav Chananel’s father, Rav Chushiel Gaon, had set out from Bavel to collect funds for a needy bride and was seized by pirates. He was sold as a slave in Africa, but was later redeemed by the members of its Jewish communities. From Africa, he headed to Kairuan, where he became a rosh yeshiva. His son, Chananel, was born in Kairuan. A young student from the Algerian city of Kal’a asked to be admitted to Rav Chananel’s yeshiva. His name was Yitzchak Hakohen. As Rav Yitzchak advanced in his studies, he became keenly aware of the fact that many people were unable to elucidate the halacha from the Gemara due to the vast amount of material it contains. As a result, he conceived of the idea of compiling a comprehensive and extensive halachic work that would present all of the halachos and the practical conclusions of the Gemara in a clear, definitive manner. To achieve this goal, he retreated to his father-in-law’s attic, where he worked on his sefer for 10 consecutive years. During this period, however, a Moslem tyrant gained control of Tunisia, and persecuted all those who did not accept his faith, especially the Jews of Kairuan. As a result, all of the city’s Jewish residents fled to places controlled by the Elmuhides, who were more tolerant of the Jews. Among the fugitives was Rav Yitzchak who, with his wife and two children, moved to the Moroccan city of Fez. Rav Yitzchak remained in Fez for 40 years, during which time he completed his Sefer Ha’halachos, which is considered the first fundamental work in halachic literature. Eventually, he became known as Rav Yitzchak Alfasi, or the Rif. Rav Yitzchak was niftar at the age of 90 in 1103. He was succeeded by the Ri mi’Gaash.

Rav Yosef Teumim, author of Pri Megadim, on the Shulchan Aruch (1727-1792). Born in Szczerzec, a small town near Lemberg (Lvov) to Rav Meir, a grandson of Rav Yonah Teumim, Rav of Meitz and author of Kikayon DeYonah. In 1755, he Reb Yosef married the daughter of Rav Elyakam of Kamorna and lived there for ten years. In 1767, he moved to Berlin on the invitation of a wealthy Jew named Rav Daniel Yaffe, who offered to support him fully as well as a beis midrash in his home when talmidei chachamim could learn. In 1774, he moved to Lemberg, to succeed his father as Rav and Dayan. And in 1781, he was appointed Rav of Frankfurt-on-the-Oder. His most well-known sefer is the Pri Magadin on Orach Chaim and on Yoreh Deah. Both are actually two sections: Pri Megadim on Yoreh Deah consists of Mishbetzos Zahav on the Taz and Sifsei Daas on the Shach. Pri Megadim on Orach Chaim consists of Mishbetzos Zahav on the Taz and Aishel Avraham on the Magen Avraham. He also
wrote a commentary on the Torah entitled Rav Peninim, Poras Yosef (chidushim on masechtos Yevamos and Kesubos, as well as 14 important rules in learning and understanding sugyos properly), Rosh Yosef (chidushim on various mesechtos in Seder Moed as well as meseches Chullin), Noam Megadim (explanations and minhagim on tefillah), Sefer Hamagid (commentary to Chumash and Haftorah), Ginnas Veradim (70 rules for understanding gemara), and many others.

Rav Dovid Twersky of Tolna (1808-1882), son of Rav Mordechai of Chernobyl. His works include Magen Dovid. There is a Tolner Shul in Tzefas even today.

Rav Hillel Lichtenstein of Kalamei, in the Ukraine (1814-1891). Born near Pressburg (present-day Bratislava, Slovakia), he became one of the leading students of the Chasam Sofer. After his marriage, R’ Lichtenstein studied in Galante, Hungary. His rabbinic career in 1846, first as rabbi of Margareten, Hungary, then as rabbi of Klausenberg (today, Cluj, Romania). Eventually, he became rabbi of Kolmyya, Galicia (today in Ukraine). He was among the fiercest opponents of the Haskalah and a strong supporter of settlement in Eretz Yisrael. He helped his son-in-law, R’ Akiva Yosef Schlesinger, buy up land for what became the city of Petach Tikva. He wrote numerous books including Avkas Rochel (mussar), Beis Hillel (letters regarding strengthening observance), Maskil El Dal (derashos), Teshuvos Beis Hillel (responsa), and others.

Rav Yitzchak Dovid Flakser (1917-1999). A great-grandson of the Chozeh of Lublin and of Rav Chanoch Henech of Alexander, he was accepted to Yeshivas Chachmei Lublin at the age of 15. In 1938, he moved to Eretz Yisrael and entered Yeshivas Sefas Emes. He married four years later. In 1948, he was appointed mashgiach in the Yeshivas Sefas Emes and served there for over 46 years. He also joined the Vaad Harabbanim of Agudas Yisrael, eventually becoming Rosh Beis Din. He published 17 volumes of Shaarei Yitzchak.

· The Warsaw Ghetto was reduced to ashes and the uprising came to an end after an active resistance of four weeks, 1943.
· Anti-Jewish riots broke out in Shpola and Ananyev, Russia, 1881. 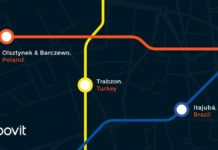 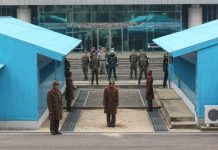 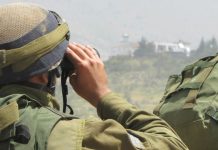