Rav Yechezkel Landau, the Noda Beyehuda (1713-1793). Born in Apta, Poland, learned and served in Brody, serving as Av Beis Din at the age of 20 years. In 1755, he was appointed Rav of Prague and all of Bohemia, soon establishing and heading a yeshiva there as well. He also wrote Dagul Meirevavah on the Shulchan Aruch and Tzelach on Shas, as well as Doresh Tziyon and Ahavas Tziyon. He was able to trace his family lineage back to Rashi.

Rav Mordechai (“Mottele”) Twersky of Rachmistrivka (~1830-1921). Born in Rachmistrivka, Podlia (Ukraine), his father Nachman was a grandson of Rav Menachem Nachum of Chernobyl. He moved to Yerushalayim from Europe in 1908 (or 1906). His father, Rav Yochanan Twerski, son of the famous Rebbe Mottele of Chernobyl, was the first Rebbe of the Rachmistrivka dynasty. When his father was niftar in 1895, Ran Menachem and his two brothers shared the Rachmistrivka court together for 11 years. On the first day of Chol Hamoed Pesach in 1921, Rav Mordechai was attacked by a mob of Arabs while on his way to the Kosel. He passed away a month later, due to complications of injuries sustained during that attack.

Rav Pinchas of Ostila Twerski. The son of Rav Mordechai of Rachmistrivka, both of Rav Pinchas’s parents were descendants of the Baal Shem Tov’s greatest talmidim – Rav Menachem Nachum of Chernobyl (on his father’s side) and Rav Pinchas of Koritz (on his mother’s side). After marrying Chana Rochel, the daughter of Rav Yissacher Dov of Belz, Rav Pinchas settled and learned in Blez for 23 years. In 1923, he became the Rav of Ostilla, and after a few years he moved to P’shemish. Rav Pinchas was deported to the Belzec Extermination Camp on the 17th of Iyar in 1943. Close to one million Jews were murdered at Belzec; it is lesser known that other camps since almost no one survived to tell of it. No one knows exactly when Rav Pinchas was niftar, so his yahrtzeits was established on the same day as that of his father. The only member of his family to survive the war was his daughter, who married Rav Yaakov Yosef of Skver. Together, they built Kiryas Skver and the Skverer Torah institutions (1880-1943).

Rav Nissan Alpert – Born in Europe, he moved to America early in life and became a talmid muvhak of Rav Moshe Feinstein. He became the head of the kollel of Yeshiva Rabbi Isaac Elchonon and as rabbi of the Agudath Israel of Long Island in Far Rockaway. Rav Alpert’s Chumash commentary is published in Limudei Nison, which was translated into English as “Rabbi Nison Alpert on the Sidrah.”

· The Roman garrison, on its way to seize the Bais Hamikdosh, was attacked by Jewish forces and compelled to retreat, 66 C.E.
· Jews of Worms were massacred by Crusaders, 1096.
· Jews of England were thrown into prison on charges of coining, 1278.
· 1,200 Jews of Toledo, Spain were killed, 1355.
· English colonists went ashore in Virginia to begin building the first permanent settlement in what would be the United States, 1607. The settled was named Jamestown, after England’s King James I.
· Death of Shmuel Oppenheimer, the leading financier who supplied the Austrian army during their various campaigns, 1703. In 1692 he was falsely arrested by Bishop Kolbnitsch and had to buy his freedom with 500,000 florins. He was the founder of the Viennese Jewish community, receiving permission to settle there after the expulsion of 1670. He supported Jewish communities, and ransomed many Jews from the Turks.
· The Nazis interned 3600 Jews of Russian origin, 1941. 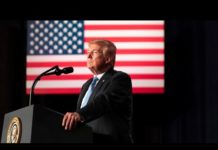 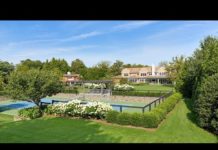 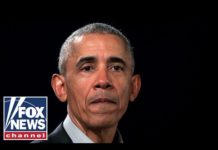