President Donald Trump escalated his long-running attacks on the FBI Tuesday, calling recent remarks by Director Christopher Wray “ridiculous,” as officials said a senior prosecutor would examine the roles of the bureau and the CIA in the early stages of the investigation into Russian interference in the 2016 election and possible coordination with members of the Trump campaign.

Speaking to reporters Tuesday, Trump said Wray gave a “ridiculous answer” during congressional testimony last week when he declined to characterize an FBI investigation of Trump campaign advisers in 2016 as “spying.”

The president’s public criticism of Wray – the man he picked to run the FBI after firing James Comey two years ago – showed how tensions between the White House and the Justice Department continue even in the aftermath of special counsel Robert Mueller III’s investigation.

Trump’s comments marked the second time in three days that he has taken a public swipe at Wray – over the weekend, the president tweeted a quote from a conservative activist saying that the FBI “has no leadership.”

Wray’s testimony to a Senate panel stood in contrast to comments made by Attorney General William Barr at a hearing last month at which he told lawmakers that “spying did occur” during the investigation into Russian election interference and called it “a big deal.”

As he prepared to depart the White House on Tuesday, Trump was asked whether he retained confidence in Wray, given the director’s answer.

“Well, I didn’t understand his answer because I thought the attorney general answered it perfectly,” Trump said. 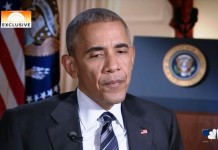 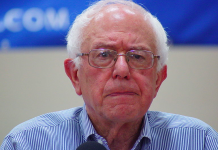 THE MAN’S A GROUCH: WATCH: Presidential Candidate Bernie Sanders Snaps At Infant, Tells Crying Baby’s Parent, “Can We Keep That Down A Bit?”