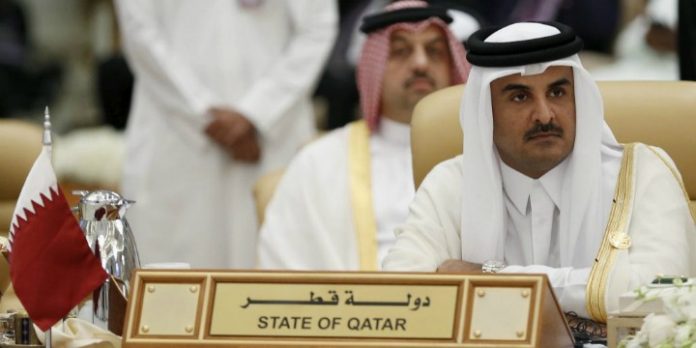 Jewish and Israel advocacy groups are calling a demonstration outside the Embassy of Qatar in Washington, DC on Thursday to demand that the Gulf emirate lean on Hamas to release the remains of two IDF soldiers killed by the Palestinian terrorist group in 2014.

“For more than three years, nearly 1200 days, the parents of Hadar Goldin and Oron Shaul have lived in agony waiting for their dead sons’ remains to be returned for proper burials,” declared a statement from the Jewish Community Relations Council of Greater Washington announcing the demonstration.

Alongside the JCRC, an informal coalition of Jewish and pro-Israel organizations are mobilizing for the protest — including the American Jewish Committee, the Jewish Federation of Greater Washington, StandWithUs, The Israel Project and The Israel Forever Foundation.

The announcement of the protest emphasized that it was being convened “the day before the holiest day on the Jewish calendar, Yom Kippur, to demand the Qatari government use its influence over the terrorist group Hamas to unconditionally and immediately return the remains of Hadar and Oron.”

Josh Block, CEO of The Israel Project, told The Algemeiner on Wednesday that the demonstration was a timely opportunity for American Jews to voice their objection to Qatar’s backing of Islamists across the Middle East.

“Next to Iran, Qatar is the leading state sponsor of terror and instability in the Middle East, and has long been one of the greatest violators of human rights in a region known for oppressive, authoritarian, racist, misogynistic and homophobic regimes,” Block said.

Currently locked in a bitter diplomatic crisis with its Arab neighbors led by Saudi Arabia over its financing of terrorism, Qatar recently launched a public relations campaign to win sympathy among American Jews. The effort is being led by a Jewish political consultant, Nick Muzin, who listed the Qatari Embassy in the US as his client on the Foreign Agent Registration Act (FARA) registration form submitted by his firm, Stonington Strategies.

But the groups behind Thursday’s demonstration charge that Qatar “is using the promise of returning Hadar and Oron’s remains as a bargaining chip to secure meetings with Jewish leaders.” They noted in their announcement that Qatar was spending a monthly $50,000 on Muzin’s services “to improve its standing in the US Jewish community despite its financing of terrorist groups, including providing Hamas with $1.4 billion.”

Qatar, Block pointed out, is increasingly aligned with Iran, and that the Islamist beneficiaries of Doha’s largesse have included Al Qaeda, ISIS, Hezbollah and the Muslim Brotherhood, as well as Hamas. Both Qatar and Iran are countering the burgeoning alliance between Israel and many Sunni Arab states “to secure the region and defeat the two-headed monster of Sunni and Shia radical Islamist terror,” Block added.

Block said he was unimpressed by Qatar’s outreach efforts. “Recent attempts by Qatar to use American Jews as pawns in their public relations game is belied by their support for terrorism and groups like Hamas that holds kidnapped Israelis captive and seeks to destroy Jews, Israel and the United States, ” he said.