In World War II, the Allies imposed a total naval blockade on Nazi-occupied Europe. They also bombed German population centers, killing thousands of German civilians. There were no Western reporters inside of Nazi Germany, however, so ordinary Britons and Americans learned little about the suffering of German civilians.

Suppose, however, that this had been different. Imagine that American and British reporters had sent back a steady stream of news stories and photos highlighting the plight of German civilians: photos of ruined homes and apartment blocks, wailing women and children, overwhelmed hospitals and so forth. Suppose, further, that these reporters never mentioned anything about the ugly ideology of Hitler and the Nazis, their genocidal hatred for Jews, their plans for world conquest, their persecution of political opponents, etc.

We would all agree that reporters acting in this way would be guilty of a serious breach of journalistic ethics. They would be actively misleading their audience by telling only a small portion of the truth. One can mislead as effectively with half-truths as with lies, after all. The ideological divide between Hitler and the Western democracies was the single-most important aspect of the conflict. World War II was a clash of worldviews and ideologies more than anything else. It was a war for the heart and soul of Europe: Would Europe be a fascist, militaristic continent driven by genocidal hatred, or a haven for liberal democracy and the basic human freedoms that go with it?

As absurd as it sounds, the imaginary scenario sketched out here has been unfolding before our very eyes in the Gaza strip over the past month. Gaza is filled with Western reporters whose focus has been overwhelmingly on the suffering of civilians. The suffering of innocent bystanders in war is a newsworthy story, to be sure, but it is not the only or even the most important aspect of the clash between Hamas and Israel (and the Israeli military is far more careful to avoid civilian casualties than were the Allies in World War II). Like our hypothetical reporters in Nazi Germany, Western journalists ignore the most important aspect of the conflict – its ideological side.

Here is the most important thing to know about this conflict: Hamas is an Islamic Nazi party, while Israel is a Jewish liberal democracy.

The goal of Hamas is to obliterate the state of Israel and kill all of its Jewish inhabitants. In a typical Friday mosque sermon broadcast on the Hamas TV station on July 25, the preacher made this point: “Our doctrine in fighting you (the Jews) is that we will totally exterminate you. We will not leave a single one of you alive.” Why? Because the Jews are “alien usurpers of the land.” Moreover, “wherever the Jews lived, they spread corruption.”

Hamas propaganda is filled with such incitement to genocide.

But genocidal Jew-hatred is only one of the ways in which Hamas resembles the German Nazi Party.

Hamas, like the Muslim Brotherhood of which it is a branch, is also a totalitarian movement. It seeks to govern society according to medieval Islamic law, which means turning non-Muslims into second-class citizens and suppressing basic liberties such as freedom of religion and the press. It also means “commanding the right and forbidding the wrong,” an aspect of Islamic law that basically means meddling in people’s private lives so as to impose Islamic norms on them.

Hamas is an imperialistic, totalitarian political movement driven by genocidal hatred for Jews – in short, an Islamic Nazi Party. It exists beside the world’s only Jewish state, a liberal democracy.

No aspect of the conflict is more important, or more ignored by the mainstream media, than this one. 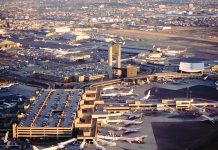 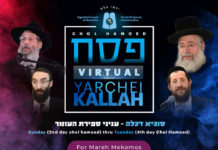 Report: US Intelligence Warned In November That Coronavirus Spreading In China Could Be ‘Cataclysmic Event’