The Supreme Court upheld the individual insurance mandate of President Obama’s “Affordable Health Care Act” in a 5-4 decision on Thursday, sending cable news and Twitter into a frenzy.

Moments after the 193-page ruling was released by the court, several media outlets–including CNN and Fox News–erroneously reported on-air that the mandate had been struck down.

It was a “Dewey Defeats Truman” moment for the 21st Century, New York Times reporter Charlie Savage tweeted, pointing to a screengrab of CNN’s premature scroll.

In his opinion, Chief Justice Roberts initially said that the individual mandate was not a valid exercise of Congressional power under the Commerce Clause. CNN reported that fact, but then wrongly reported that therefore the court struck down the mandate as unconstitutional. However, that was not the whole of the Court’s ruling. CNN regrets that it didn’t wait to report out the full and complete opinion regarding the mandate. We made a correction within a few minutes and apologize for the error.

CNN, though, was not alone in its rush to report the news.

“Fox News was so eager to see the healthcare mandate fail they forgot to read past the 1st page of the ruling,” Jason Keath wrote, pointing to a screengrab of the network’s breaking news stumble.

We gave our viewers the news as it happened. When Justice Roberts said, and we read, that the mandate was not valid under the Commerce clause, we reported it. Bill Hemmer even added, be patient as we work through this. Then when we heard and read, that the mandate could be upheld under the government’s power to tax, we reported that as well-all within two minutes. By contrast, one other cable network was unable to get their Supreme Court reporter to the camera, and said as much. Another said it was a big setback for the President. Fox reported the facts, as they came in.

And late Wednesday, the Chicago Sun-Times accidentally published the shell of what their front page story would’ve looked like had the voted against the individual mandate.

On Twitter, Roberts, who joined the liberal wing of the court in upholding the mandate, began trending both in the U.S. and worldwide.

An alarming number of Twitter users, Buzzfeed noted, declared their intent to move to Canada. 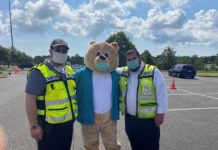 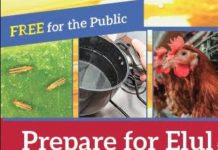