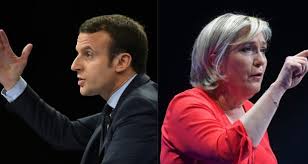 French voters are heading to the polls on Sunday in the country’s presidential election, choosing between far-right nationalist Marine Le Pen and liberal centrist Emmanuel Macron. Sunday’s vote is a runoff between the top two candidates from the country’s hotly contested first round of elections.

Le Pen is an anti-immigrant populist who has said she would attempt to take France out of the Eurozone and the European Union, while Macron has campaigned on a pro-EU platform and garnered the endorsement of former U.S. President Barack Obama. Macron’s campaign announced before a blackout on campaigning late Friday that it had been hacked, and that emails were posted anonymously online. Amid security concerns, as many as 50,000 French police officers have been deployed nationwide to ensure safety.

Read more at THE DAILY BEAST.