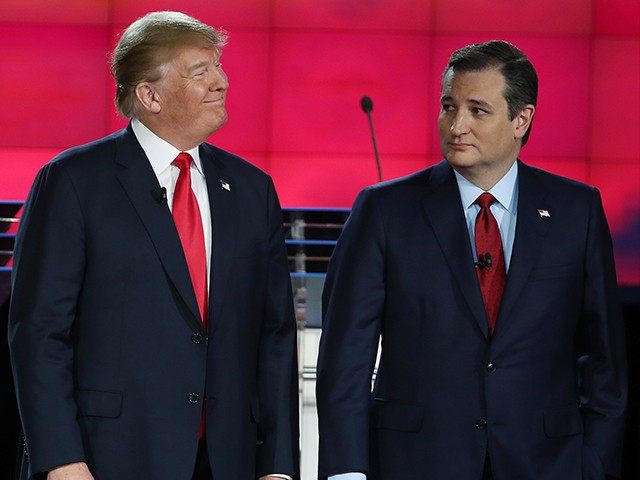 It’s a number embraced  by Shlomo Yehuda Rechnitz, who pledged that amount of money three days ago to mosdos hachinuch in Lakewood, NJ.

And it’s a number now embraced by Super PACs supporting Ted Cruz, which are offering $1.5 million for veterans if Donald Trump will debate Cruz one-on-one in Iowa before Sunday evening.

SENATOR CRUZ AND MR. TRUMP BOTH RESPECT THE VETERANS AND HOLD THEM IN THE HIGHEST REGARD BUT SENATOR CRUZ RESPECTS THE PROCESS AND WE ARE CALLING ON MR. TRUMP TO DO THE SAME AND DEBATES ARE THE PUREST FORM OF DEMOCRACY. IOWANS – AND AMERICANS – DESERVE TO HEAR FROM THE FRONTRUNNERS IN THIS ‘TWO-MAN RACE’ ONE LAST TIME.  NOT ONLY WOULD THIS BE A [GREAT] DEBATE, BUT IT WOULD ALSO BE A TERRIFIC OPPORTUNITY TO GENERATE MILLIONS OF DOLLARS FOR THE VETERANS.

The press release made clear the parameters of the pro-Cruz Super PACs’ offer: The debate must be between just Trump and Cruz, must take place on or before Sunday Jan. 31 in Iowa, must be one-hour long, and the candidates can pick a jointly-agreed-to moderator themselves.

The two organizations said in a press release:

IN RESPONSE TO SENATOR TED CRUZ’S CHALLENGE OF A ONE-ON-ONE DEBATE, THE PRINCIPAL DONORS OF THE KEEP THE PROMISE I AND II SUPER PACS ARE OFFERING PRESIDENTIAL CANDIDATE DONALD TRUMP A TRULY FANTASTIC DEAL, PLEDGING TO DONATE $1.5 MILLION TO CHARITIES COMMITTED TO HELPING VETERANS IF MR. TRUMP AGREES TO DEBATE SENATOR CRUZ IN IOWA. THIS MONEY IS IN ADDITION TO THE MILLIONS OF PROCEEDS AVAILABLE TO THE VETERANS AS A SHARE OF THE REVENUES THAT THIS DEBATE COULD SECURE FROM A HOST NETWORK.

It’s unclear at this time whether Trump would move forward with this offer. But at a rally in Des Moines here on Wednesday evening, Cruz announced he has a venue and time and place already set for it.

“We have a venue, we have a time — all we’re missing is a candidate,” Cruz said.

According to the Texas Tribune, the date and time Cruz has reserved is 8 p.m. on Saturday at Western Iowa Tech Community College in Sioux City, Iowa.