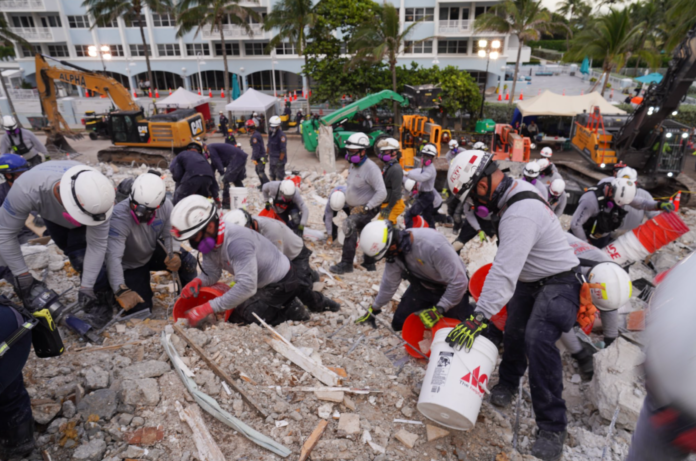 An additional victim of the Surfside condo building collapse has been pulled from the rubble, bringing the confirmed death toll in the tragedy to 12.

Another 149 individuals remain unaccounted for, and rescue teams are continuing their search for them, saying they still have hope that some could still be alive.

The latest confirmed victim has not yet been publicly identified as of this writing.

Officials are also auditing the list of people reported missing, as they believe some may be duplicates. They say that some family members may have given a missing individual’s English name, while other family members gave their Hebrew names, possibly leading to duplicates.