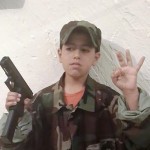 By Moshe Phillips and Benyamin Korn

New York Governor Andrew Cuomo is refusing to meet with Palestinian leaders during his visit to Israel this week. Maybe that’s a mistake.

The Palestinian Authority has invited him to visit the areas under its control, and the New York Times and others are quick to accuse the governor of bias for refusing.

In our view, the governor would actually be performing a great public service if he did visit certain PA-controlled areas — some of the ones they don’t want him to see. That would help clarify many of the issues that need to be considered before the Palestinian Authority is handed a more dominant role in Gaza in place of Hamas.

There are those who continue to believe that the PA is Israel’s trustworthy peace partner. Governor Cuomo could shed some light on that question — by asking to visit these ten sites:

* The studios of Palestinian Authority Television. Throughout the past week, PA TV has repeatedly broadcast an incendiary song about Gaza (and Israel) by Arab Idol winner Muhammad Assaf. A sample of the lyrics:

“Take my blood and give me freedom:
my country from the [Jordan] water to the [Mediterranean] water
O Gaza, sacrifice your men liberally; each of them is worth two …
It’s either victory or Martyrdom, her men said
Soil of the forgotten land, watered with precious blood
My land, sing your song, gather your strength for freedom.”

Governor Cuomo should meet with the officials of PA TV, who act on direct orders of their government.

* Any Palestinian school (with an interpreter). Let the governor see, first-hand, that the text books they teach are full of anti-Israel and anti-Jewish hatred and incitement. The governor should especially ask his PA hosts to show him a PA school book that has a map acknowledging Israel’s existence.

* One of the Palestinian public parks named after “martyred” terrorists. There have been many reports of parks, streets and other venues named after Dalal Mugrabi, leader of a PLO death squad that murdered Gail Rubin, a niece of U.S. Senator Abraham Ribicoff (D-Connecticut), and 36 others in the notorious1978 Coastal Road Massacre. Let the PA show Governor Cuomo their glorification of a terrorist who murdered a U.S. senator’s niece.

* Any Palestinian prison. According to the Oslo accords, the PA is supposed to imprison terrorists. Are there any terrorists in Palestinian jails today? A tour of the prisons might be enlightening for the governor–and for us all.

* The PA’s Ministry of Prisoner Affairs. Under Minister Ziad Abu Eain (himself a convicted murdered who was released in a prisoner exchange), this PA office actually pays salaries to Arab terrorists who are in Israeli prisons. Governor Cuomo might want to ask Eain about payments to the terrorists involved in the kidnap-murders of three Israeli teens this summer; the two fugitives reportedly spent time in Israeli prisons. Did Eain send them checks during their incarceration?

* Palestinian Christians. Bethlehem, which once had a Christian majority, is today 80% Muslim. Surely the governor would be interested to learn more about why the Christians left the city, and how, in general, Christians are treated by the Palestinian Authority.

* The family of U.S. citizen Azzam Rahim, of Texas, who was tortured to death by the PA police during a 1995 visit to his native village, near the PA capital of Ramallah. Governor Cuomo might want to express his condolences and find out what steps have been taken to punish the killers.

* Al Quds University. Last November, Brandeis University suspended its partnership with Al Quds after the administration permitted a mass rally by pro-Hamas students dressed in military garb. The governor should speak with students and get a sense of what kind of attitudes toward Israel are being fostered at one of the PA’s most prominent institutions of higher learning.

* The Tomb of Joseph. This burial site of a biblical patriarch is also home to a yeshiva, both of which have been repeatedly desecrated by Palestinian attackers. Are Jewish students and worshippers being granted free access to their holy site? A visit from Governor Cuomo might clarify matters.

* Perhaps of greatest interest: The governor should visit the IT office at the central headquarters of Fatah, which is chaired by PA leader Mahmoud Abbas. Throughout the Gaza War, Fatah’s official Facebook page has been filled with praise of Hamas, photographs glorifying Hamas terrorists, vicious anti-Israel accusations, and boasts about Fatah joining Hamas in firing rockets at Israel. If the PA were to be given more power in Gaza on the presumption that it opposes to Hamas, we need to know why Abbas’s Fatah has been promoting and endorsing Hamas via their social media.

Lesson twenty-three of the Gaza war: Before the Palestinian Authority might be handed control of Gaza, we’d like to see the evidence that it actually wants peace with Israel, that it has actually given up terrorism and renounced its recent unity pact with Hamas. A PA that is something like “Hamas Lite” is not going to advance the cause of peace. We think a visit by Governor Cuomo might be just the thing to clarify matters.