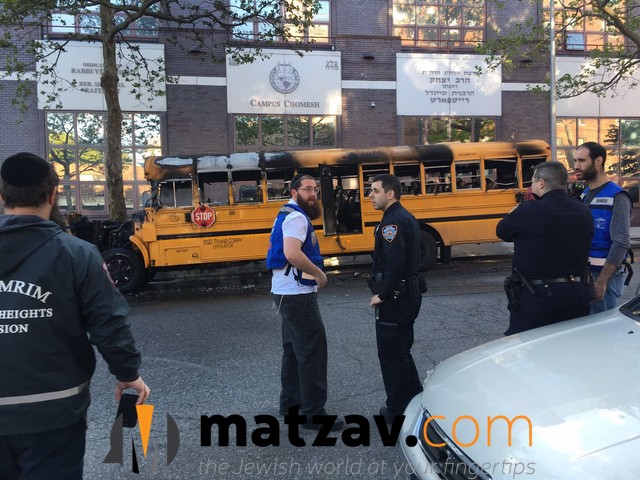 An 11-year-old girl is being credited for being the key factor in leading the NYPD to arrest the boy, who is also 11 years old, for setting ablaze a Jewish school bus Sunday early evening in Crown Heights, her father Israel Gansburg exclusively told Mark Hirshberg of JP.

Shiena Gansburg was walking home from the supermarket Sunday when she passed 509 Brooklyn Avenue, and saw the group of teens playing at the bus with cardboard boxes and staring a fire, her father said. She took a quick but good look and ran to her house which is nearby and told her father what she saw. He called police and shomrim.

The 11-year-old girl then positively identified an 11-year-old youth as being one of the teens who set the bus on fire. Read the full exclusive report from Mark Hirshberg of JP.