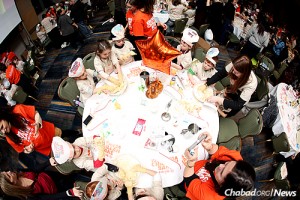 Some 1,128 children gathered on Tuesday afternoon for a “Kids Mega ChallahBake” event, which took place at the New York Hilton in Midtown Manhattan. There, they broke an existing record in Hong Kong held by 426 students, who learned how to knead and bake dough, in 2013.

The Guinness World Records is currently tallying up the results for a final announcement.

Created by a committee of 11 local mothers, the event included kindergarteners through eighth-graders (ages 5 to 13) who learned to mix, knead and make their own challah dough, which they then brought home to bake.

Eliza and Jordana Weiss “had a ball,” says their mother, Jennifer Weiss, who accompanied the girls along with her husband, Ron. “It was incredible to see so many people there—many of whom we recognized from school and our neighborhood. It was extremely well-organized; everything was laid out for them.”

The second-grader and kindergartner go to P.S. 11 in Chelsea and the New York Hebrew School. They attended Preschool of the Arts as well, where they made challah every Friday, according to their mother.

At Tuesday’s event, the family left with “two huge challahs,” says Jennifer Weiss. It took about a half-hour for them to bake at home. And the results?

“It was excellent, delicious!” declares Weiss. “We ate one and froze the other.”

“The energy in the room was unbelievable,” said Gillie Shanowitz, co-director of the New York Hebrew School in Manhattan and one of the event’s organizers. “There was a feeling of total Jewish unity and Jewish pride, as people from all walks of Jewish life came together to do a mitzvah.”
“It’s something these girls and boys will remember for a very long time,” adds Bryce Gruber, also an event organizer. 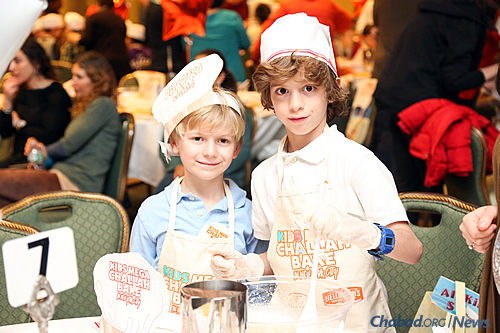 More than 30 different educational institutions, shuls and other groups throughout New York City were represented at the event. 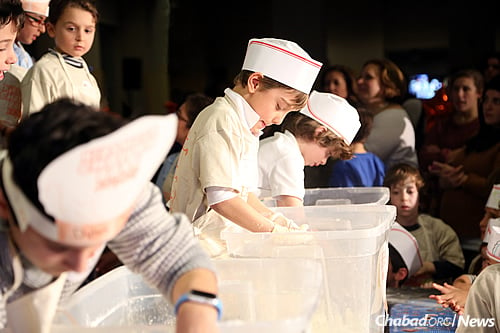 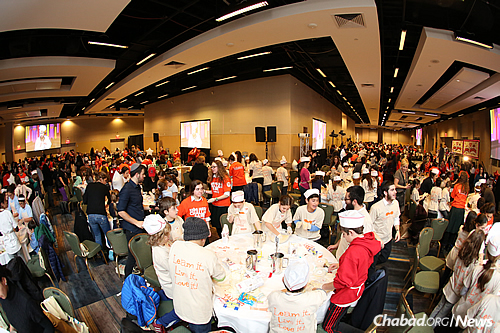 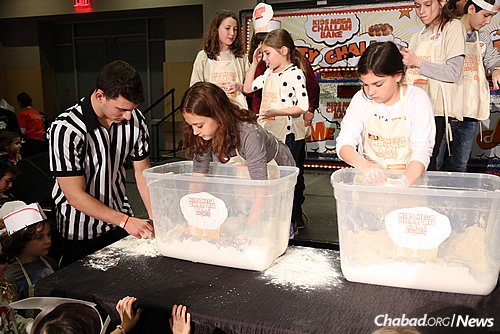