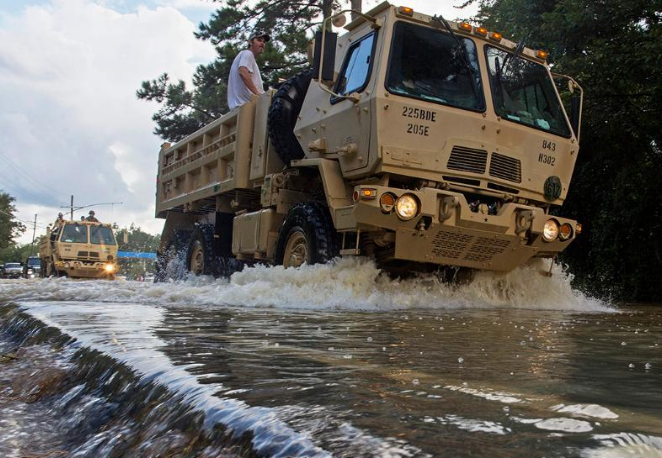 The Baton Rouge Area Chamber has made a first attempt to assess the scope of the damage from the past week’s historic flooding in southern Louisiana, and the numbers are staggering.

Approximately 280,000 people live in the areas that flooded, according to an analysis the chamber released Friday. In those flood-affected areas are 110,000 homes worth a combined $20.7 million and more than 7,000 businesses – about one in every five businesses in the region – that together employ more than 73,000 people.

The figures underscore two of the biggest challenges that local, state and federal officials face as they work to recover from the unprecedented flooding: How to house the families left suddenly homeless, and how to pay for the recovery.

The hardest-hit area in the region was Livingston Parish, according to the report: Nearly 87 percent of its homes and 91 percent of its businesses are in flood-affected areas. Few residents had flood insurance. The value of homes in flooded areas exceeds $9 billion, the report says, but “the combined coverage of all Livingston flood policies, in full force, amounts to less than $2.5 billion.”

Two-thirds of the homes in Livingston Parish carry mortgages, the report says.

The chamber cautions that this is a preliminary analysis subject to change as more information becomes available. It does not attempt to assess the actual cost of property damage, but rather the total value of homes in flooded areas. And it does not show the value of other belongings – such as cars, furniture, clothes and appliances – that were lost to the flood.

The analysis covers the nine parishes considered part of the capital city region. Altogether, 20 parishes have been declared disaster areas, and in some of those areas, water was still rising Friday even as the cleanup continued in earnest further north.

“This disaster is still unfolding like a slow-moving freight train,” the report says.