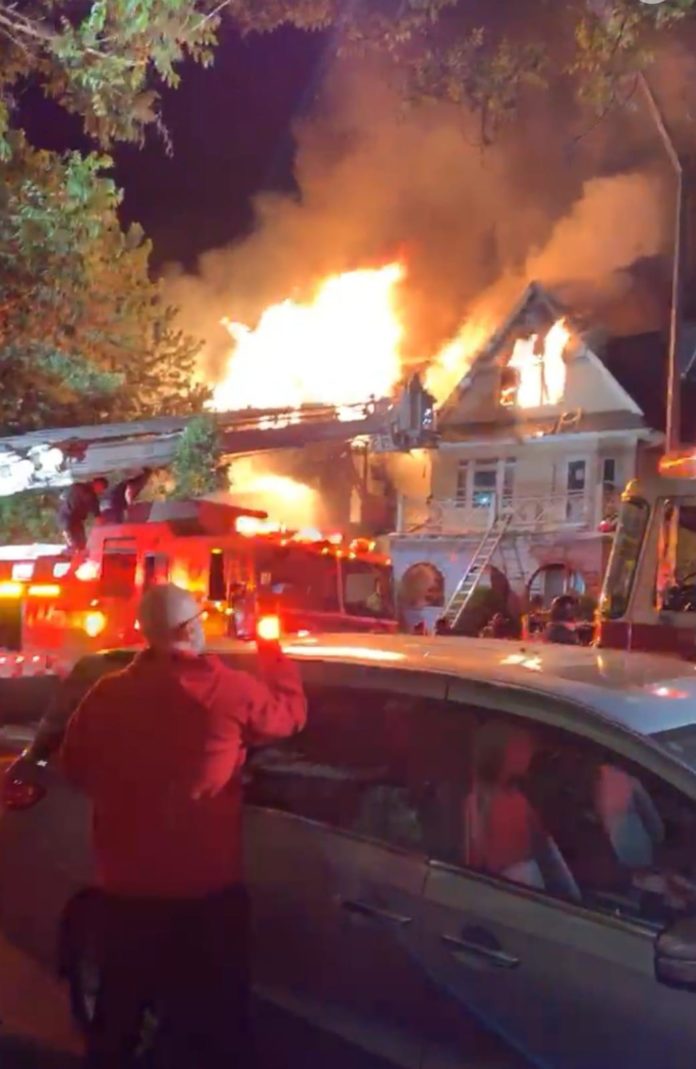 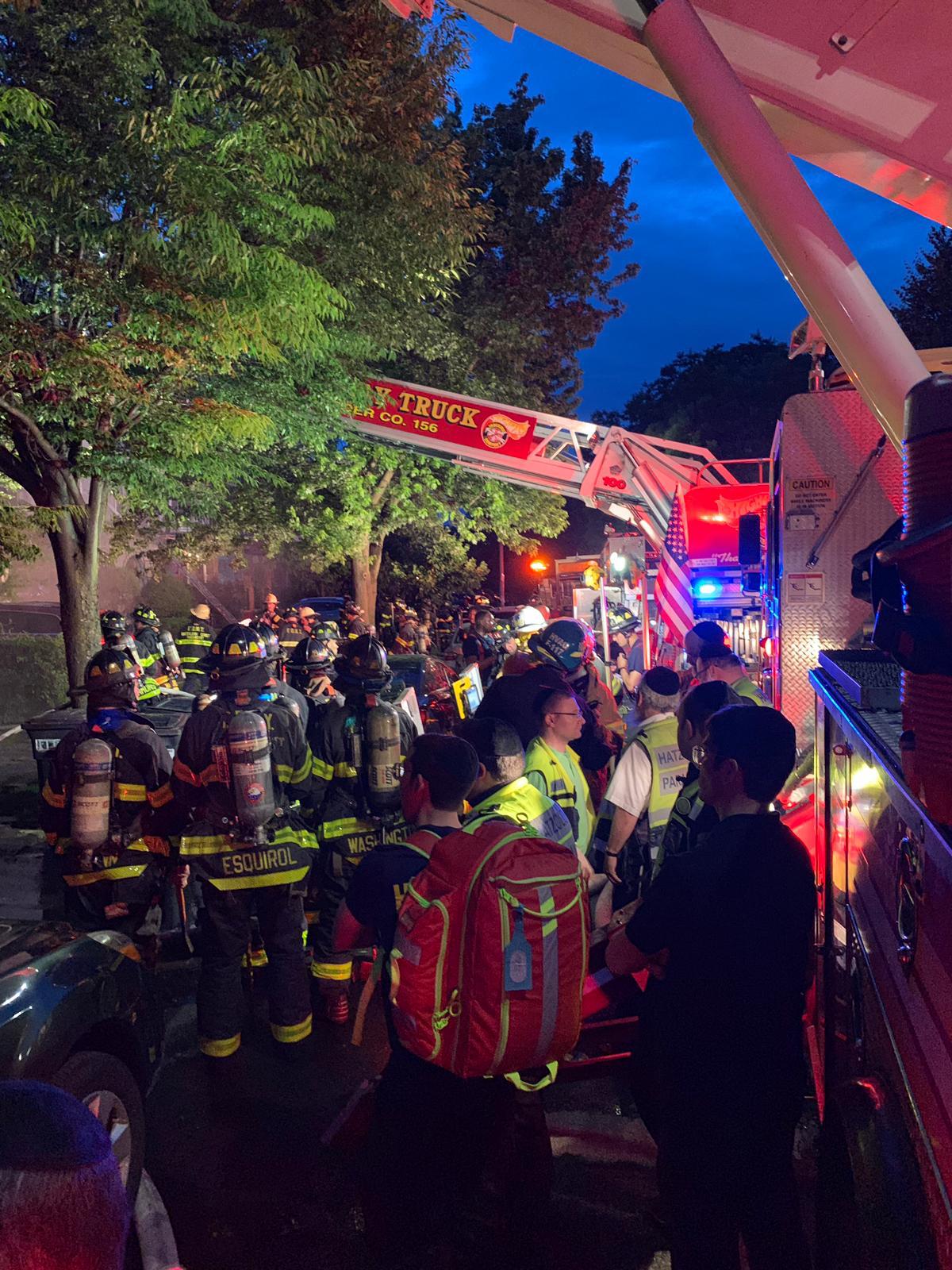 More than a dozen people were injured when a massive fire ripped through multiple homes early Thursday morning in Brooklyn.

The four-alarm fire started around 4 a.m. on East 17th Street near Avenue O in Midwood. Flames quickly spread from one house to two others on either side. All three roofs partially collapsed.

Nine civilians, including a 6-week old, were taken to the hospital in stable condition. Three firefighters and two police officers were also injured.

Surveillance footage obtained by PIX11 from a neighboring home shows what appears to be the moment the fire started:

In the surveillance video it appears a sudden explosion might have sparked the fire, and you can see what appears to be a person running away from the flames. The cause of the fire is under investigation. Police believe it could be suspicious.