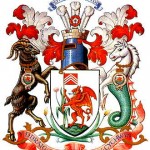 The city council of Cardiff, the capital of Wales, has withdrawn a photo exhibit on how soccer can bring together Jewish and Arab communities in Israel after pressure from pro-Boycott, Divestment and Sanctions (BDS) activists.

The exhibit, called “Jewish-Arab football: diversity and co-existence through lower league football,” was set to run for a week at Cardiff’s Central Library ahead of a soccer match between Wales and Israel.

But the city council decided to pull the exhibit after anti-Israel complaints and over fear that it could “lead visitors to suppose that the council was displaying bias,” a council spokesperson said, The Guardian reported. Adam Johannes of the Cardiff Stop the War Coalition said the exhibit “whitewashes the reality of football in the Middle East” and that “Israel wages war on Palestinian football.”

The Cardiff city council’s opposition leader, Judith Woodman, called the move “shameful,” adding that the council “has led the way in diversity and community cohesion and in the past has not bowed to the minority who complain.”

The Israeli Embassy in London dubbed the decision “outrageous,” saying that the “purpose of the exhibition is to celebrate racial and interfaith harmony in Israel—something that is in stark contrast to what is happening elsewhere in the Middle East.”