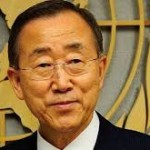 The U.S. State Department issued a condemnation of the Palestinian terror attacks engulfing Israel in recent days, with the recent attacks on Tuesday resulting in the deaths of three and injuries to at least 20. At the same time, the department also struck an evenhanded tone about the current wave of violence.

“The United States condemns in the strongest terms today’s terrorist attacks against Israeli civilians, which resulted in the murder of three Israelis and left numerous others wounded,” said State Department spokesperson John Kirby. “We mourn any loss of innocent life, Israeli or Palestinian. We continue to stress the importance of condemning violence and combating incitement. We are in regular contact with the Israeli government and the Palestinian Authority. We remain deeply concerned about escalating tensions and urge all sides to take affirmative steps to restore calm and prevent actions that would further escalate tensions.”

“The apparent excessive use of force by Israeli security forces” is “troubling,” said Ban’s spokesman, Stephane Dujarric, according to AFP. That situation “demands serious review as it only serves to exacerbates the situation leading to a vicious cycle of needless bloodshed,” he added.

The U.N. has long been criticized by the pro-Israel community for its disproportionate criticism of the Jewish state.