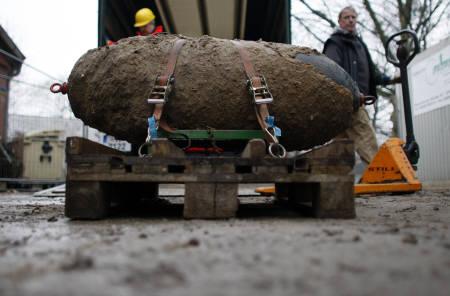 Some 15,000 residents in the northern German city of Hannover had to evacuate their homes after a 250 kilogram (550 pound) World War II-era bomb was found during construction work.

A helicopter deployed to make sure there were no people in the area had to break off its search after someone shined a laser pointer into the pilot’s eyes.

Once begun at 3:13 a.m., it took disposal experts a half hour to secure and remove the bomb.

More than 70 years after the end of WWII, such finds are still common in Germany. Read more at Fox News.