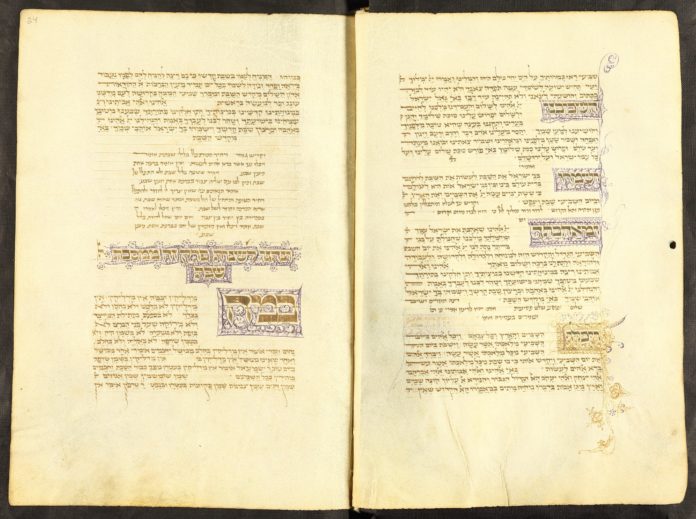 Restoration of the National Library of Israel’s renowned Moskowitz Mahzor has been completed with the manuscript online for the first time.

It was created on parchment in the 15th century by Joel ben Simeon, considered by many to be the most important Jewish artist of the Middle Ages.

Ben Simeon was a scribe and illuminator active in Germany and Northern Italy. The manuscript is considered exceptional due to the illustrations and illuminations found throughout, including images of rabbits, bears, fish, squirrels and birds, as well as imaginary creations such as a unicorn, and a diverse range of mythological, religious and astrological symbols.

It includes prayers according to the Jewish Roman rite for the entire year, including weekdays, the Sabbath, holidays, Torah readings, the Passover Haggadah, Pirkei Avot (“Ethics of the Fathers”) with a commentary by Maimonides, various blessings and legal rulings related to halachah, Jewish law.  It is also exceptionally full of piyyutim (Jewish liturgical poetry), selichot (Jewish penitential prayers) and rare formulas of other prayers. 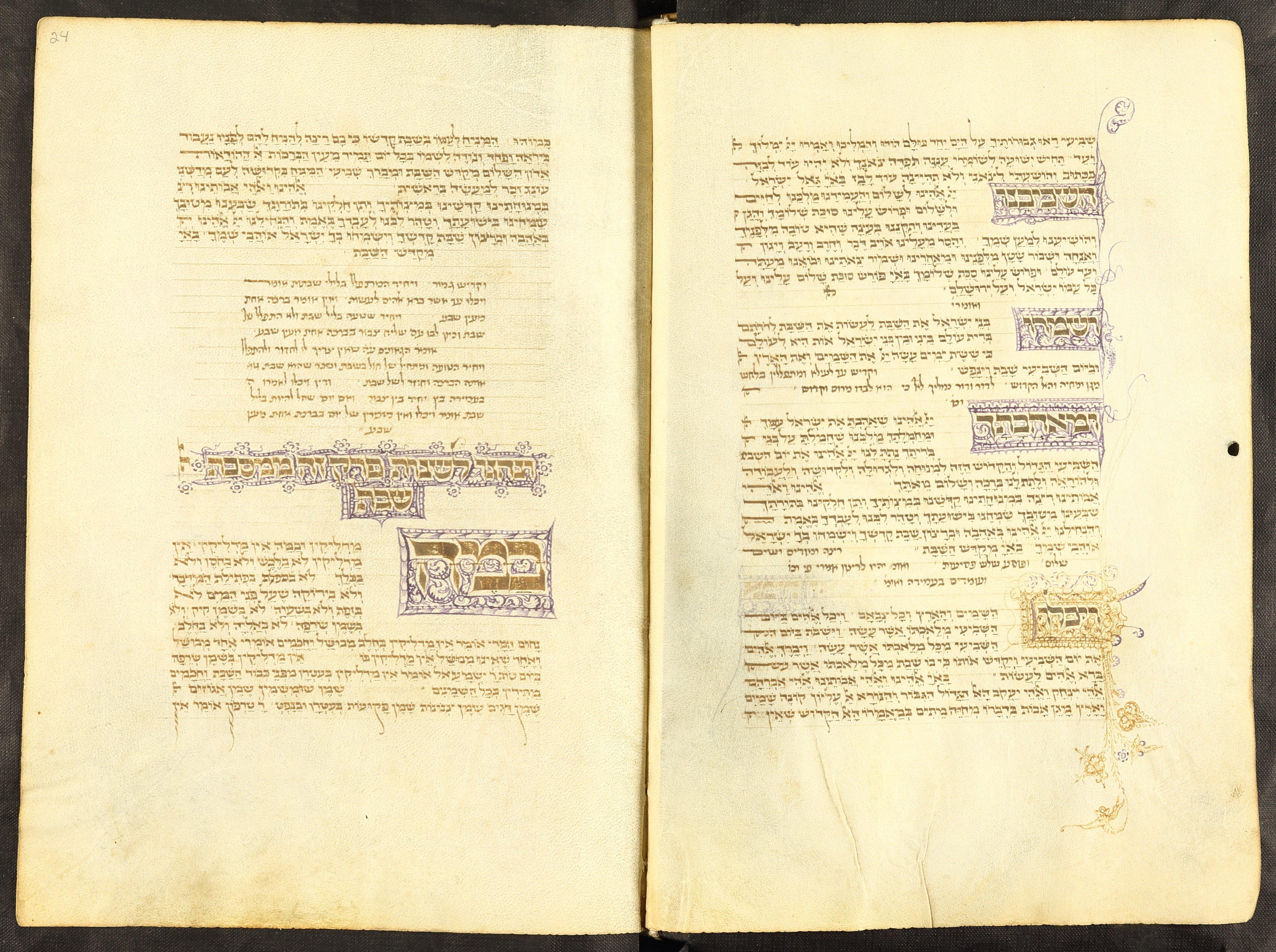 The “Moskowitz Mahzor” after restoration. Credit: The National Library of Israel.

The months-long restoration work on the 376-page volume was extremely complicated, primarily because poor attempts over the centuries to fix its binding had made it difficult to open without causing damage. A number of Latin texts found inside the binding attest to some attempts to strengthen the cover. Many of the manuscript’s illustrations had also faded.

The Mahzor was donated to the National Library of Israel in 1970 by Henry and Rose Moskowitz of New York in memory of Henry’s parents, first wife, daughter and other relatives murdered in the Holocaust.

According to Yoel Finkelman, head of collections and the Haim and Hanna Salomon Judaica collection curator at the National Library of Israel, “For a long time, we unfortunately could not offer physical access to one of the most important and beautiful manuscripts in our collection due to its fragile condition. Now, as a result of the wonderful work done by the team in our Conservation and Restoration Laboratory, the manuscript has been restored and digitized, opening access to the world for the first time.”