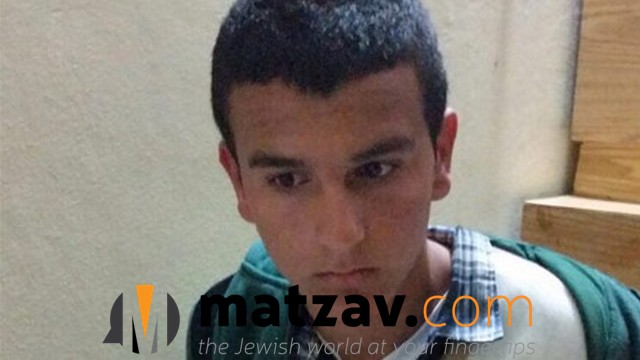 16-year-old Morad Bader Abdullah Adais was found guilty yesterday by an IDF court for killing 38-year-old Dafna Meir at her home in Otniel in front of three of her children in January.

Adais had previously confessed to the murder during interrogation by Shin Bet officials.

Dafna wrestled with Adais before being stabbed and left for dead as Adais fled. Her teenage daughter witnessed the attack and described the terrorist to authorities.

Dafna left behind her husband Natan and six children.

Adais was arrested by soldiers from the elite Duvdevan unit in the village of Beit Amra, some three kilometers from the scene of the attack.

Dafna’s courage in fighting off the attacker when he entered her home was remarkable. Adais waited for her to come out her front door and then plunged a knife into her stomach. He then tried to get the knife so he could attack Dafna’s children, but Dafna fought with the attacker and forced him to run.

Shockingly, after Adais arrived home, he washed the blood off his arms and watched a movie with his family.

Dafna is remembered for her generosity as a mother of four children aged 11 to 17 and foster mother to two more under the age of 5.

Her own words in the weeks leading up to her death reveal a premonition of a family tragedy in the current wave of terror attacks. In November, after the murders of Yaakov Litman and his son Netanel near Otniel, Meir shared her fears in a local news website, writing: “I have been thinking a great deal lately, thinking about why, what should be done or shouldn’t be or can’t be, how to behave, especially on the road, but not only. The fears, for my husband and children, my friends and family. The situation isn’t easy. I sometimes have a feeling of [being in a game of] Russian roulette. And I can’t sleep.”