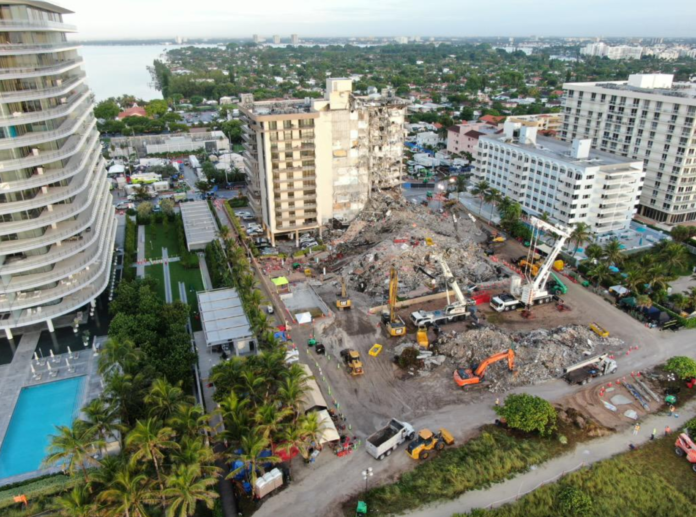 Miami-Dade Mayor Daniella Levine Cava announced that two more victims have been pulled from the rubble of the Champlain Tower collapse in Surfside, Florida, bringing the confirmed death toll from the tragedy to 20.

One of the victims recovered last night was the 7-year-old daughter of a Miami firefighter.

The other victim has not yet been identified.

A tropical storm churning off the Florida coast is threatening to hamper further rescue efforts. Officials say the storm could potentially impact the Surfside area in the coming days, bringing strong winds and rain, and may force rescuers to pause their efforts to locate additional people trapped under the rubble.