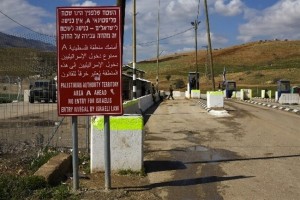 Witnesses told Ma’an that the two men were stopped at the checkpoint – also known as Beqaot – and asked by military forces to exit their vehicle.

An Israeli army spokeswoman said that two assailants attempted to stab Israeli soldiers stationed at the security crossing, who opened fire in response to the attack.

The two Palestinians received medical treatment on site but were pronounced dead, the spokeswoman said.