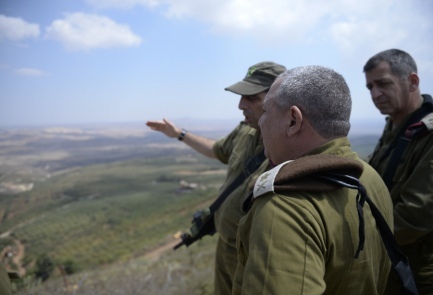 By Elder of Ziyon

Then, on July 29, many media outlets reported that Israel targeted and destroyed the Gaza power plant. The Guardian reported this by claiming,”Flames and clouds of black smoke billowed over Gaza’s only power plant after it was destroyed during the most relentless and widespread Israeli bombardment of the current conflict.” It also wrote, “Israel’s attack on the Gaza power plant on Tuesday is likely to fuel speculation that the enclave’s civilian infrastructure is being deliberately targeted in the continuing war against Hamas.”

As we reported soon after, the power plant was not destroyed; it went back online two months later.

Now with the release of the IDF’s latest investigation on incidents from the war, we can see what really happened:

The factual findings, collated by the FFA Mechanism, and presented to the MAG, indicated that the power plant in Nusseirat was designated as a “sensitive site” on the relevant operational systems of the IDF. In accordance with the IDF’s operational instructions, any military operation to be conducted in the vicinity of such sites requires the adoption of special precautions. The findings further indicated that, in the course of the military activity taking place in the area, the power plant was struck four times over the course of the period from 22-29 July 2014 (the difficulty in specifying the precise dates of the strikes results from differences between the various reports, which provide different dates for the same strikes).

In regard to the first three incidents of damage to the power plant, it was found that the damage did not occur as the result of any direct or intentional attack, aerial or otherwise, by IDF forces. The FFA Mechanism could not rule out the possibility that the power plant facilities may have been damaged by shrapnel, or artillery fire that went off course during the combat. This, in light of the considerable military activity that took place in the vicinity of the plant, between IDF forces and squads affiliated with terror organizations. As well as in light of the fact that terror organizations located a large number of terror assets adjacent to the power plant – at times at a distance of mere tens of meters (such assets included launching pits in which rockets and mortars were stored, medium range rocket launchers, the openings of combat tunnels, weapons caches and more). Evidence has also been obtained which indicates that a portion of the damage may have been caused as the result of rocket fire by Palestinian terror organizations.

After reviewing the factual findings and the material collated by the FFA Mechanism in regard to the three incidents of damage referred to above, the MAG found that the damage to the power plant in Nusseirat had not occurred as a result of a direct or intentional attack by IDF forces operating in the area. In light of the above, and since all avenues for the further examination of these incidents had been exhausted, the MAG ordered these cases to be closed without opening a criminal investigation, in the absence of a reasonable suspicion of criminal misconduct by IDF forces.

Hamas and its terrorist comrades deliberately placed military targets adjacent to the power plant specifically to discourage Israel from striking them. And there is evidence that the Palestinians damaged the plant themselves!

And what about the major airstrike that was widely reported to have “destroyed” the power plant?

As regards the fourth incident of damage, which occurred on 29 July 2014, the FFA Mechanism found that on the day of the incident, an IDF armored force operating in the area identified a squad of terror operatives, bearing anti-tank weaponry (“anti-tank squad”). The anti-tank squad was identified while it was close to what would later turn out to be the fuel tanks of the power plant. In light of the imminent threat posed by the squad to the armored force, the force fired, in a measured and direct manner, at the anti-tank squad, using the most precise munition the force had at its disposal. It appears, that as a result of this fire, one of the power plant’s fuel tanks was damaged (the power plant itself was not hit).

In war, when a tank unit becomes aware of an anti-tank squad, the obvious response is to fire immediately before being fired upon. But Israel is asked to do much, much more.

The fire which was carried out by the IDF force over the course of the incident was aimed at a military object – an anti-tank squad of the terror organizations, which posed an immediate threat to the force. The attack on the squad complied with the principle of proportionality, as at the time the decision to attack was taken, it was considered that the collateral damage expected to arise as a result of the attack would not be excessive in relation to the military advantage anticipated from it. This estimation was not unreasonable under the circumstances, when taking into consideration the immediacy of the threat posed to the force by the anti-tank squad, and in light of the fact that the force was not aware of the nature of the facilities in proximity to which they identified the squad.

Moreover, the attack was carried out in conjunction with various precautionary measures, including the selection of the munition used (taking into account the distance between the force and the anti-tank squad, and the weaponry that was at the force’s disposal), and the way in which the fire was carried out. These measures were carried out in order to minimize, to the extent possible under the circumstances, the collateral damage expected to result to structures and facilities in the vicinity of the target. In light of the immediacy of the threat, and the danger which was posed to the IDF force, the force did not have any latency in which to enquire into the nature of the facilities in proximity to which it had identified the squad, and the potential consequences, immediate, or long term, of collateral damage thereto.

In light of the above, the MAG did not find that the actions of IDF forces raised grounds for a reasonable suspicion of criminal misconduct. As a result, the MAG ordered the case to be closed, without opening a criminal investigation.

At the same time, the MAG made a recommendation to the relevant operational authorities that they review the processes for the integration of the operational instructions concerning operations carried out in proximity to “sensitive sites”, as well as the ways in which IDF forces’ ability to locate and identify such sites might be improved.

Imagine being in a gunfight where the other person can shoot you whenever they want to, but you have to make sure that you adhere to lots of rules and regulations about how you can shoot, and with what weapon that would neutralize your opponent with the minimal force possible. You must spend months before the gunfight determining and mapping out every possible place that your bullet can ricochet just in case you get into a battle at this very location. Also, you must get permission from supervisors and lawyers to ensure that you are cleared to fire with the weapon and ammunition you chose before every engagement.

That is what the world demands of the IDF.

More amazingly, it is what is what the IDF nearly always does.

Not surprisingly, these facts are not part of normal reporting that the media and NGOs engage in. It is easier for them to airily and ignorantly accuse Israel of randomly firing weapons in the general direction of the enemy out of a sense of vengeance and anger than acting like a professional army must.

HRW stated, flatly, “Damaging or destroying a power plant, even if it also served a military purpose, would be an unlawful disproportionate attack under the laws of war, causing far greater civilian harm than military gain.”

Amnesty stated, “The strike on the power plant, which cut off electricity and running water to Gaza’s 1.8 million residents and numerous hospitals, has catastrophic humanitarian implications and is very likely to amount to a war crime. There can be no justification for targeting a civilian structure that provides crucial services to so many civilians. The scale of the consequences of this attack are devastating and could amount to collective punishment of Gaza’s population.”

Both Amnesty and HRW assume both that the power plant itself was destroyed, and that Israel targeted it deliberately.

The idea that a Hamas anti-tank unit was next to the power plant is not even on the radar of their “military experts.” Or, perhaps, they believe — against the laws of armed conflict — that Israeli tank gunners must voluntarily allow themselves to be killed rather than defend themselves.

Either way, it points out how ignorant, biased and hateful these NGOs are. Comparing their pseudo- and instant analysis with the painstaking findings of real military experts reveals that these NGOs are like schoolkids confidently explaining physics to Einstein.

Their gross ignorance is not reported by the equally clueless media, which eagerly publishes their lies and accusations that are based on pre-determined conclusions, rather than on facts and real research.