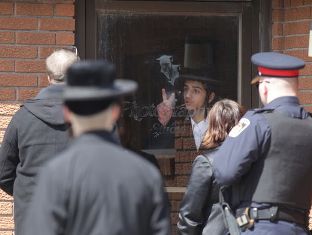 The former mayor of a small town in western Guatemala was sentenced to a year in prison for expelling the Lev Tahor sect of Orthodox Jews, JTA reports.

Antonio Adolfo Perez y Perez of San Juan La Laguna was found guilty of coercion in the expulsion, which took place in 2014.

Up to 500 members of Lev Tahor were forced out of the village following religiously tainted disputes with its Mayan residents, who are Roman Catholic. The local elders’ council voted against the controversial group. Perez was given the option of paying a $1,000 fine instead of jail, according to the report. Read more at JTA.