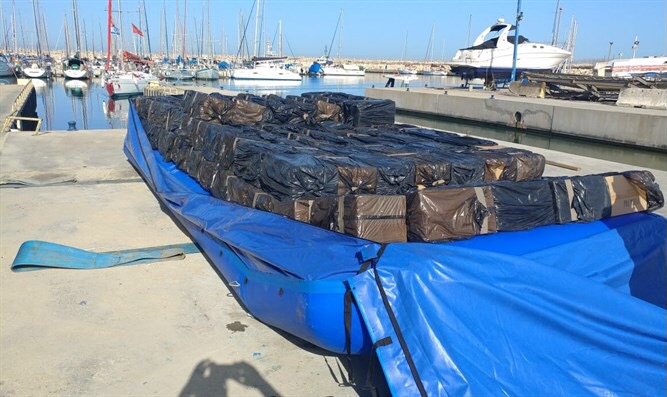 Two suspects, both with outstanding criminal records, were arrested and taken for investigation by the Tax Authority.

Information received from the Ashdod customs office revealed that cigarettes and several other products which must be declared are being smuggled in huge amounts via sea.

At 1:00a.m., using special equipment, authorities noticed a raft being lowered from a foreign cargo ship anchored 7 kilometers away from Israel’s shore, within Israel’s territorial waters.

Both of the boat’s occupants were arrested, and a police boat was sent to bring the raft into dock.

After the raft was dragged into shore, it was found to contain 150,000 packages of foreign-made cigars, worth 4.5 million NIS.

Authorities are currently investigating the case, and the court is expected to extend the suspects’ arrest.