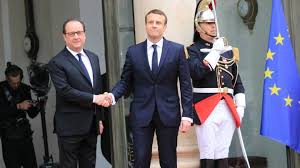 French President Emmanuel Macron is preparing to backpedal on his promise to create an official First Lady position for his wife amid attacks from left-wing opponents and a petition against the move, officials and reports said.

The issue has become a new political headache for Macron after an online petition against creating the role garnered more than 200,000 signatures and a poll showed a majority of French people were also opposed.

The presidency will clarify Brigitte Macron’s position in the coming days, a source told AFP late on Monday, adding that there were would be no change to the constitution to create a new First Lady position. Read more here.