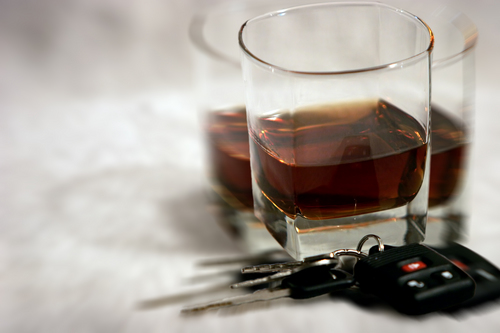 Nineteen people have died from methanol poisoning in Costa Rica since June, the country’s Ministry of Heath said as it warns of alcohol tainted with dangerous levels of the chemical.

Authorities have confiscated about 30,000 containers of six different brands of alcohol in an effort to keep people from drinking contaminated products, the Ministry of Health said Friday. A notice the day before warned the public about products packaged under names like “Guaro Gran Apache,” “Red Star Brandy,” “Guaro Montano” and more.

The ministry issued a July 4 alert about the methanol issue only for drinks identified as “Guaro Montano,” but expanded its warnings after collecting samples of alcohol under several other names.

The deaths have been growing more frequent, rising from one or two each week in June and early July to eight and six per week most recently. The victims include 15 men and five women between 32 and 72 years old, according to authorities.

Costa Rica President Carlos Alvarado Quesasda tweeted Friday of his regret for the lives lost, saying that he has told authorities to “collect all possible data to establish responsibility.”

Donald Corella, head of emergency services at Calderon Guardia Hospital in the city of San José – where seven of the deaths occurred – told the Argentine newspaper La Nacion that some of the bad alcohol tested consisted of 30 to 50 percent methanol.

The four people who survived the poisoning at the hospital had “very serious aftereffects” such as total blindness and Parkinon’s-disease-like tremors caused by brain lesions, he said.

The Ministry of Health has advised the public to not to consume or sell the six brands of alcohol unless they are sure a product has not been tampered with. Anyone with symptoms of methanol poisoning – which include abdominal pain, headaches, dizziness, confusion and inability to coordinate body movements – is asked to contact the Ministry of Health.

Methanol is widely available and present in household items such as varnishes and antifreeze, according to the World Health Organization. Methanol also occurs naturally in fruit juice and shows up in low levels in fermented drinks such as alcohol.

Badly managed distillation can lead to toxic amounts of the chemical in alcohol, the WHO says, but particularly dangerous is the practice of adding methanol to “informally-produced” drinks or tampering with existing ones. Sellers may add methanol to increase their alcohol’s potency.

The WHO warns that drinks with too much methanol can make their way into both legal and illegal drinking areas, especially in some tourist spots. Fake labeling can trick customers into thinking they are buying established brands at what seems like bargain prices.

Methanol poisoning victims often delay getting medical help, the WHO adds. Health issues can take a while to show up, and a drinker might think initial symptoms are just signs of drunkenness. Those poisoned may vomit, feel vertigo or hyperventilate, and can even experience blindness. Toxic amounts of methanol can lead to coma, convulsions and death, and survivors could have permanent damage to their vision.

Different people can find different concentrations of methanol deadly, Costa Rica’s Ministry of Health said. A person’s weight and drinking habits may affect how a tainted drink will impact them.

In addition to the seven victims who died in San José, the ministry has reported four deaths in Cartago, three in Limón, two in Guanacaste and one in Heredia. The ministry did not provide the location of the other two deaths, saying investigations are pending.

“It is important to emphasize that these data are preliminary since the investigations continue,” the ministry wrote in Spanish.

Methanol poisoning outbreaks from toxic alcohol have occurred all around the world, in some cases making hundreds ill and leading to the deaths of nearly a third of those sickened, the WHO has said.

At least 154 people were reported dead in February in India after drinking unregulated, “country-made liquor.” More than 200 others were hospitalized.

While the deaths have not been linked to alcohol, the FBI has ordered toxicology tests, and the Hard Rock Hotel and Casino removed liquor dispensers from its guest rooms in the Dominican Republic and Mexico as scrutiny of the deaths grew, USA Today reported.