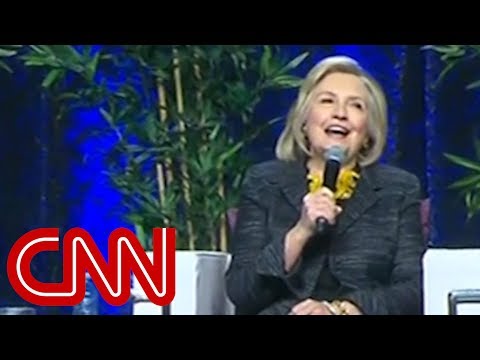 Clinton, Trump’s 2016 presidential campaign rival, kicked off a paid speaking tour in Toronto by hitting the president over his response to the killing of Khashoggi in a Saudi Arabian consulate last month, saying that Trump and “those closest to him” have their “own personal” interests.

“We have a president who is part of the coverup as to what happened in that consulate or embassy when Mr. Khashoggi was murdered,” Clinton said.

“And we have a president and those closest to him who have their own personal commercial interests,” she added.

Clinton was in Toronto with her husband, former President Bill Clinton, to start a 13-date speaking tour.