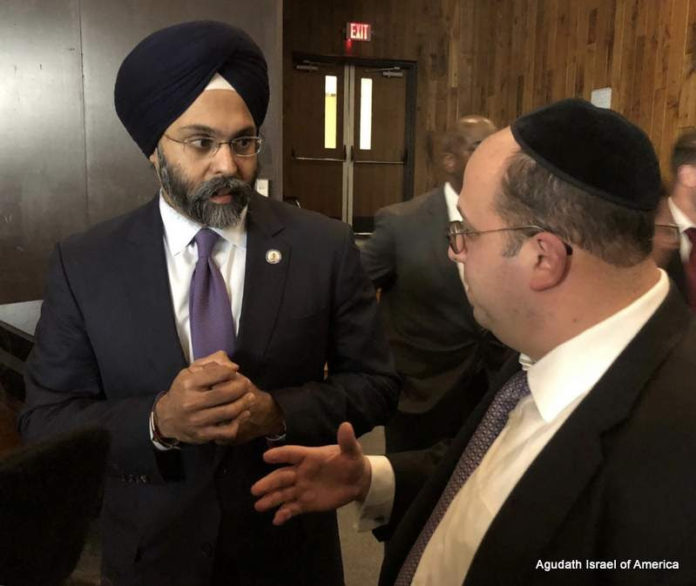 Today, the anti-Semitic group Rise Up Ocean County had their social media page on Facebook removed. For months now, community leaders and elected officials have been sounding the alarm on Rise Up Ocean County, urging Facebook to remove the site for violating Facebook’s own terms of service and because social media companies are responsible to ensure that hate does not fester on their platforms. Rise Up Ocean County has been operating under the pretense of opposing overdevelopment, but in reality, the group was dedicated to disparaging Orthodox Jews, often using ugly tropes that have plagued society for too long. We are thankful that Facebook has finally recognized their true motives and, at the urging of Governor Phil Murphy and Attorney General Grubir Grewal, removed their site.

We are most grateful to Governor Murphy, Attorney General Grewal, and the director of the state’s Civil Rights Division, Rachel Wainer Apter, for displaying the courage and leadership necessary to call on Facebook to remove the site. Unfortunately, online hate speech is a growing problem that needs to be taken on full force. We applaud Governor Murphy and Attorney General Grewal for consistently placing fighting hate at the top of their agenda. Today their efforts bore fruit.

In these trying times, when we have witnessed violence against Orthodox Jews – sometimes the result of vulnerable minds being poisoned by online hate speech – we are comforted by Governor Murphy and Attorney General Grewal’s friendship and support. The Governor has displayed his friendship in word and backed it up with action when he signed legislation doubling funds for the New Jersey Nonprofit Security Grant Program (NSGP). We call on all our elected officials to follow the Governor’s lead in publicly decrying anti-Semitism and doing everything possible to fight it on both the local and national levels.

As the Governor noted, inasmuch as we are grateful for Facebook’s actions today, the much-needed conversation about removing hate speech online is just getting started. The New Jersey Office of Agudath Israel participated in a press conference in conjunction with the Simon Wiesenthal Center just two weeks ago to highlight growing concerns we face today about anti-Semitism, with much of it being spread online. We must be proactive in stopping hate speech while it remains just that – speech, before it morphs into violence on our streets.

We are encouraged by today’s events and remain vigilant in continuing to foster the message that hate has no place in New Jersey.