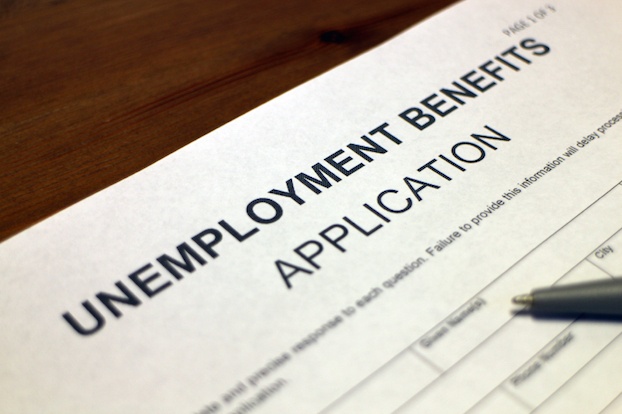 More than 4.4 million Americans filed for unemployment benefits last week, according to the Labor Department, a signal that the tidal wave of job losses continues to grow during the coronavirus pandemic.

It’s the fifth-straight week that job losses were measured in the millions. From March 15 to April 18, 26.5 million have probably been laid off or furloughed. The number of jobs lost in that brief span effectively erased all jobs created after the 2008 financial crisis. Jobless figures on this scale haven’t been seen since the Great Depression.

The new weekly total comes on top of 22 million Americans who had sought benefits in previous weeks, a volume that has overwhelmed state systems for processing unemployment claims. Economists estimate that the national unemployment rate sits between 15 and 20%, much higher than it was during the Great Recession in 2008 and 2009. The unemployment rate at the peak of the Great Depression was about 25%.

The new weekly jobless claims figure came around economist predictions, which were expected “to be staggering, but not growing, which is a small mercy,” said Julia Pollak, a labor economist at ZipRecruiter. For comparison, 5.2 million people filed unemployment claims for the week ending April 11.

As the coronavirus began spreading in the United States earlier this year, many businesses rapidly began to close. Hotels, restaurants, and airlines were hit particularly hard, but few businesses were immune from the economic toll. And the problems have only worsened each week, as more Americans cut back on spending, more businesses have cut workers because income has fallen so sharply.

Pollack said many businesses quickly “cut to the bone” when they realized how the pandemic would gut sales. Now, many of the new layoffs stem from businesses like news organizations and tech companies that weren’t directly affected by people staying home, but are suffering the consequences of vanishing ad revenue and paid subscriptions.

“We see declines across every major industry and state, although the declines hit industries at different times,” Pollak said.

Meanwhile, consumer spending, the engine behind the longest economic expansion in U.S. history, has evaporated. If they’re still operating, many offices are working with skeleton staffs and staring down months of dismal revenue.

The White House and Congress have tried to intervene, but with limited impact so far.

New funding for small businesses in a $2 trillion March emergency spending package quickly dried up in the face of overwhelming demand, prompting the Senate to expand funding by $310 billion on Tuesday. The bill would direct an additional $60 billion to a separate small-business emergency grant and loan program. The House is slated to vote on the measure Thursday afternoon.

Even with all the new government spending, hopes for a sharp economic rebound are fading, overtaken by the public fear of going back to restaurants, movie theaters, schools and gyms. The growing possibility of a “W”-shaped recovery – in which a resurgence of the virus, or a spike in defaults and bankruptcies, triggers another downturn – has analysts reframing what a reopened or rehabilitated economy might look like.

This year defies historical comparison. In 2020, 28.9 million people have filed for unemployment benefits. Halfway through the fourth month of the year, the figure has already eclipsed the full-year totals of every year but 1982 (30.4 million) and 2009 (29.8 million). At this rate, it’ll overtake both within a week or so.

Less than half of working-age Americans will be earning a wage next month, said James Knightley, ING Chief International Economist.

“In an election year, this means that the call for politicians to re-open the economy is only going to get louder, irrespective of the health advice,” Knightley said.

In five weeks, 9.4% of the working-age population has filed for unemployment insurance, said Nick Bunker, Indeed Hiring Lab’s director of economic research. That’s about twice the share of the population that lost a job during the Great Recession. In some states, such as Michigan, about one in four workers has filed an unemployment claim in the past few weeks.

“The numbers detailing the shock to the U.S. labor market are so large, and cover such a short time, that your first reaction is that they’re a typo,” Bunker said.

Employers are also unlikely to be hiring at the same levels they were before the pandemic. As of April 16, job postings on Indeed were down 34% compared to last year, Bunker said.

The job losses, like the epidemic itself, haven’t fallen evenly across the country. In three states — Hawaii, Kentucky and Michigan — about 1 in 4 workers have filed for unemployment benefits in the past 5 weeks. In Michigan, plant shutdowns and furloughs have ravaged the manufacturing economy, which had only recently recovered all the jobs it lost in the Great Recession.

On the opposite of the ledger sits South Dakota, where Gov. Kristi Noem, a Republican, has resisted calls to lock down the state’s businesses to slow the spread of the coronavirus. Only 6% of the state’s labor force has applied for unemployment benefits. It may be a regional trend: Neighboring Wyoming and Nebraska, and nearby Utah, also have unusually low claims numbers.

U.S. markets flashed green Thursday, with the Dow up 400 points, or 1.7%, by midmorning. The Standard & Poor’s 500 index and Nasdaq composite both climbed roughly 1.6%.

As part of its sprawling stimulus package, Washington has rolled out relief for millions of households and small businesses struggling to make ends meet. But money for struggling businesses quickly ran dry, and system glitches have prevented $1,200 stimulus checks from reaching some of the neediest.

On Tuesday, the Senate passed a bill to expand the Paycheck Protection Program for small businesses by $310 billion, and flood a separate small-business emergency grant and loan initiative by an additional $60 billion.

Meanwhile, many low-income veterans and Social Security recipients still haven’t received the stimulus money in their bank accounts, while other IRS checks are going to dead people. People who didn’t file tax returns last year or don’t have direct-deposit information may have weeks more to wait.

In the wake of the Great Recession, the number of unemployed – about 15 million – was significantly higher than the number who claimed benefits, and the unemployment rate still peaked at just 10%. Economists expect the United States to blow by that figure when April’s jobs data are released on May 8.

Granted, this comes as unemployment eligibility and benefits have been greatly expanded. The government has relied on the unemployment insurance system to deliver relief to out-of-work Americans as it forces millions of businesses to close during temporary stay-at home orders. The soaring numbers are, for once, a sign of the system working as intended.