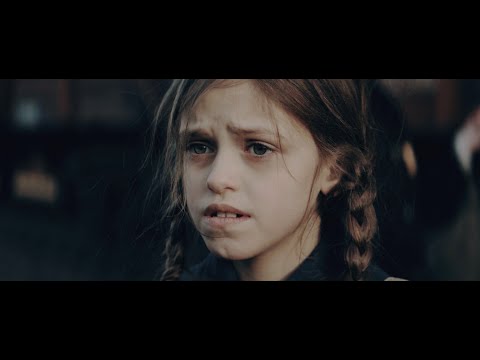 >>Follow Matzav On Whatsapp!<<
As we honor the memory of those brutally murdered by the Nazis, Sparks Next presents Mira, featuring previously unreleased audio of Shlomo Carlebach.  A poignant tribute to the 1.5 million children killed during World War II, Mira was composed by songwriter Cecelia Margules in memory of her maternal aunt who was taken as a child from the Lodz ghetto and sent to her death in the gas chambers.  The song was originally performed at a 1984 concert by Carlebach at the Brown’s Hotel in the Catskills, with Reb Shlomo calling Margules’s young niece onto the stage as he sang Mira in memory of the aunt whose name she carried.
Directed and produced by Daniel Finkelman, written and produced by Chaya Greenberg, with co-direction and co-production by Aharon Orian, Mira spans the decades, weaving an exquisite duet between Reb Shlomo and the incomparable talent of Dudu Fisher.   Vintage cinematography by David Orian takes viewers back in time to 1984 with a reenactment of the concert and shows both war-torn and contemporary Lodz through Fisher’s eyes.  Cast in the role of a witness to history, Fisher sees Mira and her family rounded up by the Gestapo and herded onto a cattle car as they are sent to their untimely deaths at Auschwitz.
“When Shlomo heard Mira’s story he wanted to tell it very much and when he did you felt it,” said Margules.  “The fact that you could still hear him speaking and singing when so much of the tape had been destroyed was an amazing thing.”
The number of remaining Holocaust survivors continues to dwindle with every passing year and the coronavirus outbreak has further chipped away at their numbers, making it more important than ever to pass the torch to the next generation.
“The world needs to know about Mira and the others like her who never lived to have families of their own and it is up to us to perpetuate their legacy,” said Finkelman. “Even now, 25 years after he left us, nothing could be more fitting than having Shlomo, who connected so deeply with the Holocaust, tell their story.”
The film was made possible by The Emerald Group
Executive Producers: Chavi and Chuni Herzka, Leib Yaakov Cohen
WATCH: