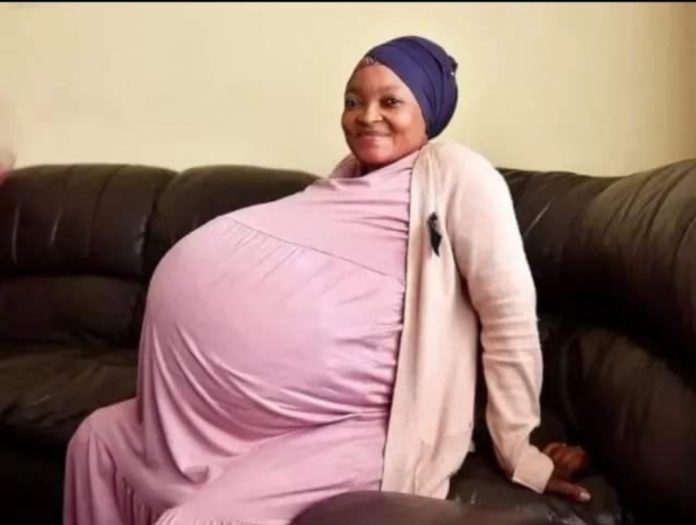 A South African woman has reportedly given birth to 10 babies at once — smashing a world record set just last month.

Gosiame Thamara Sithole, already a 37-year-old mom of six-year-old twins, initially thought she was going to have eight kids, becoming a rare “Octomom” like Californian Nadya Suleman, according to a report Tuesday.

But when she gave birth by Caesarean section at a Pretoria hospital Monday she was surprised when 10 babies emerged, her husband, Teboho Tsotetsi, told the Pretoria News.

“It’s seven boys and three girls,” Tsotetsi told the outlet of his wife who was “seven months and seven days pregnant.”