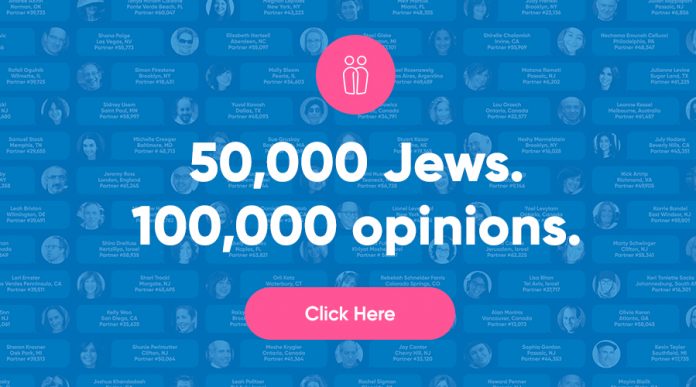 Some would say so.

The familiar saying has it as “Two Jews; three opinions.”  With Partners in Torah, it’s two Jews from two different backgrounds sharing Torah ideas and coming up with multiple insights that would never have emerged without the camaraderie and the friendly give-and-take.

Are there really 50,000 participants in Partners in Torah?

Actually, since its inception in 1993, Partners in Torah has had over 72,000 participants from 2,337 cities in 39 countries forging lasting friendships and strengthening commitments to Judaism (though the headline, “72,000 Jews; 140,000 opinions,” just didn’t roll off the tongue).  For many participants – especially for those who live far from the centers of Jewish life – Partners in Torah serves as their virtual lifeline to Judaism.

It started with just 6 people.

The concept was simple: Match two people to learn together and let the power of Torah do the rest. Partners in Torah began with 6 people – 3 partnerships – meeting in the basement beis medrash of a shul in Passaic, NJ. Within two years, a few dozen more in-person programs were launched across North America, where men and women from diverse religious backgrounds – people who, although living in the same town, might otherwise never have spoken to one another – would sit down together once a week for an hour of learning and (of course) schmoozing.

Eventually, as people’s schedules became more frenzied and as requests for study partners came in from around the world, Partners in Torah started promoting its over-the-phone learning program, which continues to grow beyond its wildest dreams, all the while maintaining over 20 in-person programs around the country.

And, like every program, Partners in Torah has expenses. For every 300 volunteer mentors, they have one paid Relationship Manager – an unusual bang for the tzedakah buck.

In its first 23 years, Partners in Torah was generously supported by Torah Umesorah, but these days it counts on personal donations to continue its demonstrably life-changing, world-building work.

Through the recent generosity of several appreciative supporters, EVERY DONATION YOU MAKE WITHIN THE NEXT 24 HOURS WILL BE MATCHED TWICE.

Every dollar you give counts… x3!