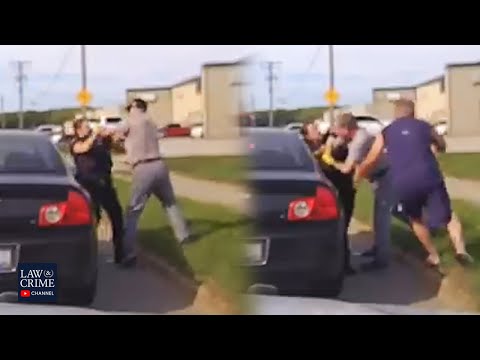 The Willoughby Police Department in Ohio released dashcam footage showing good Samaritans assisting an officer during a traffic stop on Sept. 10. Authorities say 64-year-old David Koubeck allegedly assaulted officer Stacee Wright after getting out of the vehicle and refusing to follow commands during the traffic stop. A bystander rushed to Wright’s aid and took Koubeck down before three more bystanders came to help. Koubeck was charged with assaulting a police officer, resisting arrest, and cited for speeding and not wearing a seat belt.