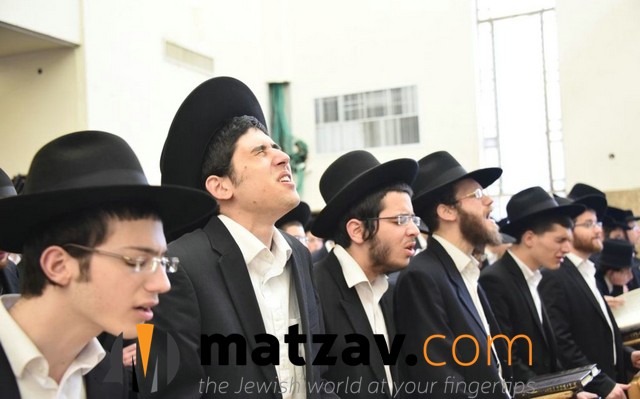 With the backing of the Out for Change organization, 52 ex-chareidim sued the State of Israel for $1.1 million due to the state’s alleged failure to enforce their instruction in core curriculum subjects including science, English and math, which, they claimed, resulted in their inability to properly integrate into the work force.

In response to the charge, a state representative said that if a court finds the state guilty, the government will simply sue the parents of the plaintiffs and the 80 institutions where the plaintiffs studied to pay the sum owed.

Arutz Sheva pointed out that the charge may be false, for in 2008 a class of thirty chareidi men scored overwhelmingly better than the national average on a psychometric exam despite their lack of general studies schooling. Furthermore, in 2014 the Supreme Court rejected a petition which sought to obligate chareidi schools to teach the core curriculum to enable its students to integrate in the work force.

As for the plaintiffs’ claim that leaving the chareidi fold invalidated their qualification for programs that help chareidim join the workforce, the state countered that they could still take Economy Ministry courses and receive training vouchers set aside for ex-chareidim.