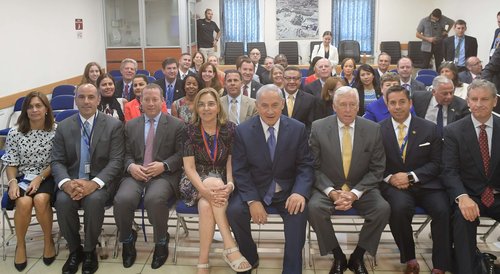 Fifty-three members of the U.S. House of Representatives are visiting Israel during the first half of August.

The delegations are facilitated by the American Israel Education Foundation (AIEF) and are primarily comprised of U.S. lawmakers in their first term.

AIEF—an independent non-profit organization affiliated with the AIPAC lobby—is sponsoring the congressional visits with the goal of providing “first-hand knowledge of the U.S.-Israel relationship and critical issues facing American policymakers in the Middle East,” the group said in a statement.

The lawmakers are being briefed on issues related to strategic threats in the region and how recent events may influence the future of the Middle East. They are meeting with Israeli and Palestinian political leaders as well as Israeli security officials, academics and media representatives.

The congressional groups are also visiting historic and strategic locations in Israel, including the Jewish state’s borders with Lebanon, Jordan and Syria.