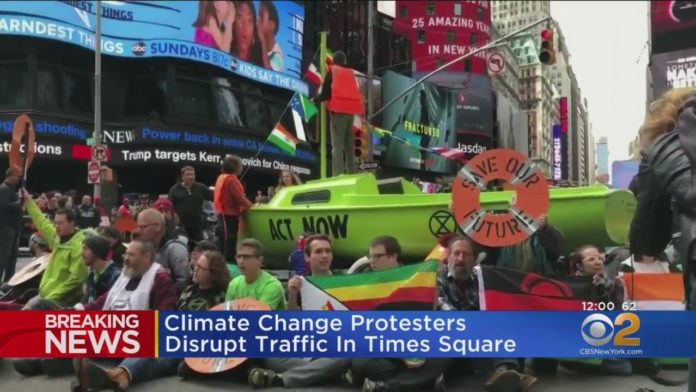 The protest, which began before 10 a.m. Thursday, forced the closure of intersections including Seventh Avenue at 44th Street and Broadway at 46th Street.

Activists wearing life jackets surrounded a green boat that dropped anchor with the words “Act Now” written on it.