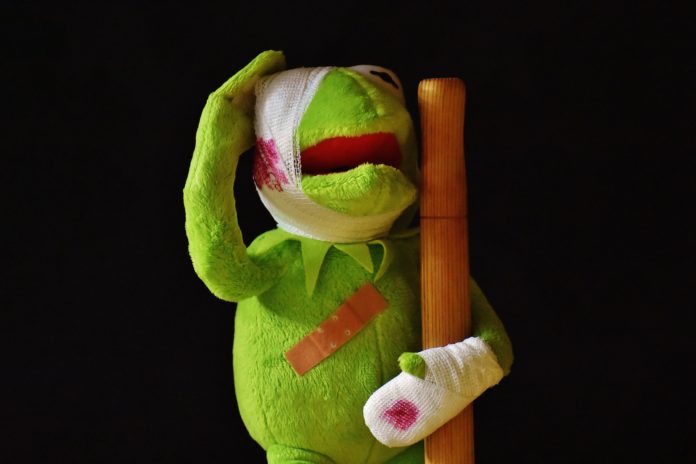 Getting involved in an accident that sees a person end up paralyzed is one of the worst things that can happen. It is frightening, painful and the effects last for a lifetime.

Fortunately, some folks can get a little relief in the form of a hefty monetary settlement with the help of a well-informed attorney, according to Nehora Law. Although this doesn’t make up for the new life that they have to adapt to, it will make things easier.

Here are 7 examples of paralysis lawsuit cases that a paralysis attorney helped settle in millions.

A San Diego County cyclist and his wife received a $20 million settlement after a team of attorneys won his case against the state.

The man, Mr Du, suffered a C2-C3 spinal cord injury after he cycled into an unmarked and unattended construction trench.

This came after the City of San Diego and the State of California had promoted and promised to increase biking safety.

The cyclist unexpectedly crossed paths with the trench that was one foot deep and extended 20 feet from the curb. It went across the bicycle lane, putting cyclists in danger because there were no warning signs.

Mr Du went into the ditch, flipping over his bicycle’s handlebars and crashing into the pavement. He suffered serious and permanent injuries and will have to receive 24-hour care for the rest of his life.

He and his wife sued the construction company, KTA Construction, Harris & Associates, Inc and the San Diego city for their negligence.

The attorneys won the case and Mr Du was awarded $20 million.

A Californian citizen, Adonis Serna, was shot by police officers in 2017. According to Serna’s attorney, he was shot in the back five times and now he’s paralyzed from his chest down. This is on top of accusations of assault, excessive force and battery negligence.

The 19-year-old must be relieved that he hired a paralysis attorney who knew the law well because a settlement of $2.5 million was reached.

The detectives involved were from Exeter and Woodlake, Tulare County. Serna will only serve probation for misdemeanor charges and the counts of possession of a stolen vehicle and assault were dismissed.

Pharmaceutical giant Merck is being sued on behalf of a young man who was allegedly injured by the company’s HPV vaccine, Gardasil.

Zachariah Otto claims in his case that he received the first of many Gardasil injections when he was 16. These then caused him to develop injuries that are life-altering.

Otto feels that the vaccine failed to warn of these possible effects and seeks punitive damage for negligence.

He claims his injuries have disabled him to the point where he can’t work or attend college physically.

Reports indicate that Otto is not the only person who was negatively affected after vaccinations from Merck.

A car accident in Sussex County resulted in injuries to Dennis DeMario [ full story ]. His vehicle was rear-ended by a dump truck which belongs to Supreme Mulch.

De Mario sustained serious and permanent injuries that lowered his quality of life.

The case was handled by Lauren Fraser, who acted as a paralysis attorney of note, and settled even before the trial. There were no defendants who presented a defence, making it a clear-cut case.

An Essex County mom’s family sued the well-known telecommunications company Verizon after she was injured by a pole.

The woman, Maria Moser Meister, was paralyzed after the rotted pole struck her when she was waiting for a bus in New York.

The pole snapped at its base and crushed Meister’s body and head. She sustained fractures of her ribs and spine and as a result, was paralyzed from her chest down. She also cannot use her left arm normally and has vision problems.

It was found that the pole in question is co-owned by Verizon and PSE&G. Verizon, PSE&G and American cable television provider Altice USA were sued for the injuries.

The court case saw Verizon taking full responsibility for the weathered condition of the pole as PSE&G and Altice had not used the poles in many years.

A Buffalo citizen, Wilson Morales, was shot by a Buffalo Police Department Officer in 2012.

It is not exactly clear what happened on 24 June when Morales was injured. It is reported that he was 17 and drove without a licence to pick up a pizza for his family.

An unmarked police vehicle was on gang suppression duty when Morales was spotted and followed.

Soon, a car chase developed and Morales jumped a curb and his vehicle came to a stop. He decided to put his can into reverse and it is then that police opened fire on the young man. It is believed that he simply wanted to get off the curb.

One of the rounds that were fired off severed the 17-year-old’s spine, which resulted in him being paralyzed from the chest down.

Morales started a civil lawsuit against the police department and the Buffalo Common Council approved a $4.5 million deal.

7. Paralyzed Contractor To Receive $37 Million From California Department of Transportation

The California Department of Transportation agreed to pay a man $37 million according to the LATimes. Kyle Anderson was paralyzed while he worked on a freeway project. The injury happened almost a decade ago.

Kyle was working for a contractor on Highway 101 in Eureka in 2011. He was in a trench, crouching, when a car crossed onto the shoulder and he was struck.

He is now conscious and can’t communicate or move.

Caltrans was found to have been negligent when they denied a request for a lane closure and removed a backhoe that was meant to prevent vehicles from driving in the area where work was being done.

Part of the $37 million settlement will go towards Kyle’s lifetime medical care, which is estimated to be $18 million.

Though these paralysis related settlements may astound some, there are many Californians who do not understand the legal system. These individuals can end up drained financially and mentally because they do not realize the ease of finding an attorney to help  win a just compensation for their job-related injuries.