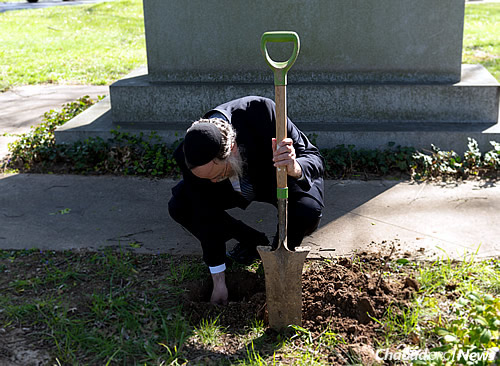 It was two years ago that Debra Cordy found a small envelope tucked away in her parents’ home as she prepared to move her mother to an assisted-living facility. As she packed up her parents’ belongings, the handwritten word “Dachau” on the envelope caught her attention. When she opened it, she found a few fragments of what appeared to be human remains.

Cordy’s father, William Elston, served in the 116th signal radio intelligence company in the U.S. military and arrived in the Dachau concentration camp shortly after its liberation on April 29, 1945.

“Many people were saying that the atrocities of the Holocaust didn’t really happen, but he witnessed it,” said Cordy, 60, who now lives in Missouri. “He took the remains back to America with him because he wanted to show people back home proof that it did, in fact, happen.”

Though she had heard of the remains from her father, she had never actually seen them until packing her parents’ home in Rochester, N.Y. When she returned back to her home in St. Louis, she contacted DanReich, curator and director of education at the Holocaust Museum & Learning Center, a department of the Jewish Federation of St. Louis.

“We’ve never had this kind of experience before and to our knowledge, this is the first time encountering human remains connected to the Holocaust,” said Reich, who has worked at the museum for 16 years. “At first, we didn’t want to accept the remains, but we decided that it was best to do so, and then determine how to treat them appropriately according to Jewish law.”

Cordy wanted to make sure that the remains were treated with the proper respect and in accordance with what Jewish law would necessitate.

“My sister and I didn’t feel comfortable leaving the remains in the home or throwing them away. We decided to seek the museum’s advice and donate the remains to them, giving them back to the Jewish people,” said Cordy. “We thought that maybe they would be put in a vault; we didn’t know what they would decide to do with them. We just wanted to make sure that they were treated respectfully and that we wouldn’t offend anyone.” 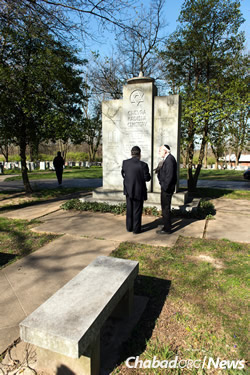 For one year, Reich and Holocaust museum staff discussed what should be done, until they contacted Rabbi Yosef Landa, director of Chabad of Greater St. Louis, to seek his advice. After determining that the remains were in fact human, he indicated that according to Jewish law, they should receive a proper Jewish burial. It was determined that while the identity of the victim remains unverifiable, it can be presumed that the remains are Jewish because the majority of those in the camps were Jewish.

“The Jewish way to do things is to bury human remains, for just as a person was ‘made from the earth,’ so must he ‘return to the earth,’ ” explained Landa.

So on Sunday morning, about 40 members of the St. Louis community, including Debra Cordy and her sister—Brenda Cervini, who flew in from Rochester—lay the remains to rest at the Chevra Kadisha Cemetery in accordance with Jewish law. The victim’s namelessness and general nature is why they chose to perform the burial in a central, separate part of the cemetery, unassociated with any particular family or community.

“This is indicative of the two identities that we have—we are individuals and we are also a part of a collective,” said Landa. “We don’t know the individual identity of these remains; we only know the collect this victim was part of. These remains are symbolic of all victims of the Holocaust, so this burial is a most potent representation of all 6 million Jewish victims.” 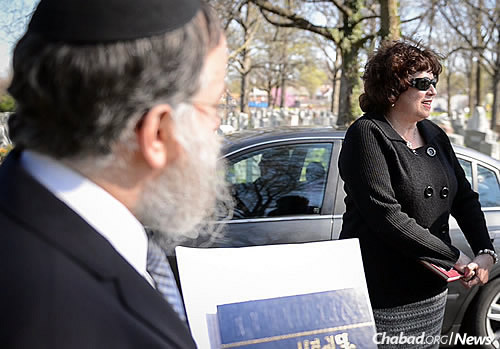 For Cordy, the ceremony was very powerful. “We were very moved by the whole ceremony and the community’s response,” she said. “People were thanking me that I did this, and it meant a lot to them. I have such a deep respect for the Jewish community.”

And for Landa, the significance of the burial is striking.

“I felt humbled and awed as I led the interment and memorial service for the unidentified Holocaust remains from Dachau,” he said. “It was particularly moving for me as a child of Holocaust survivors and a grandchild of those who were murdered in Nazi death camps, that somehow by Divine Providence, it fell to us the responsibility and the honor to bring these sacred remains to their final rest in the middle of America, some 70 years later.” 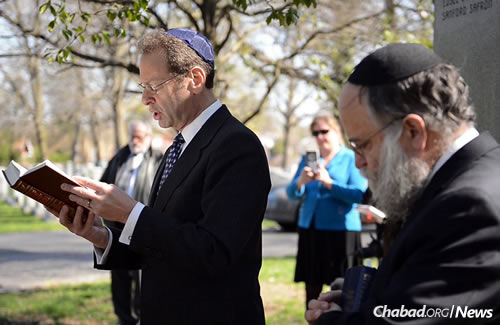 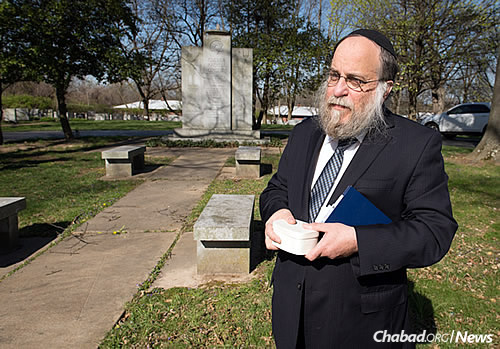 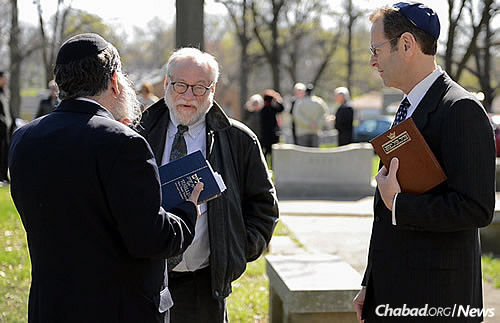 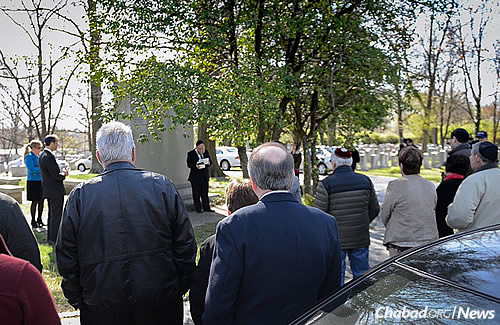 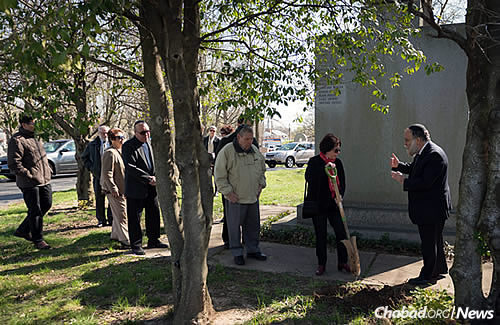 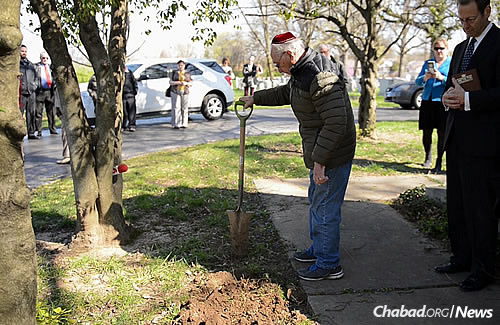 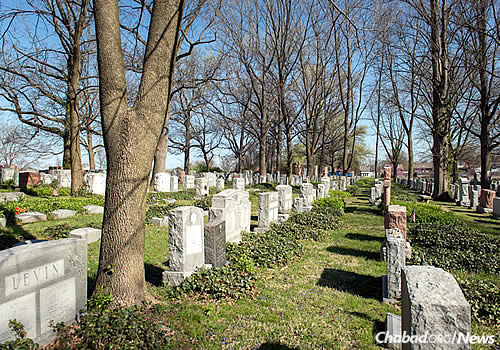