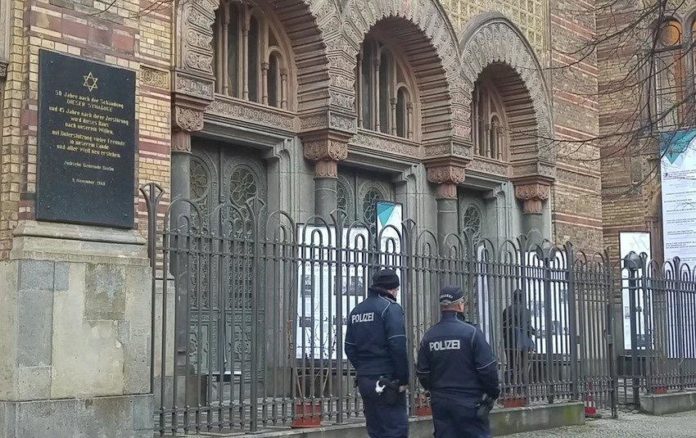 An elderly man has been viciously beaten up in broad daylight on a Berlin street by a youth who showered him with antisemitic abuse.

According to the BZ online news outlet, the 76-year-old pensioner was walking along the Berliner Strasse in the Pankow district of the German capital at 9 a.m. on Monday when his passage was blocked by a 16-year-old youth and four of his friends.

When the man asked the group to let him pass, the youth aggressively responded, “What do you want, Jew?”

When the elderly man tried to make his way through the group, the 16-year-old punched him several times in the face, causing injuries to his forehead and nose. The assailant was eventually restrained by another passerby, 29-year-old Vincent Seidel, who was himself punched as he pinned the 16-year-old to the ground with his knee.

Police were called to the scene where they arrested the youth, releasing him later in the day into the custody of his father.

According to the police, who have launched an investigation into the incident, the assaulted pensioner was not Jewish.

Monday’s attack came three weeks after a similarly-brutal antisemitic assault on a pensioner in Berlin.

A 70-year-old Jewish man was accosted in the street in the Karow neighborhood of the German capital on Oct. 28 by a man using antisemitic language. When the victim responded verbally, he was knocked to the ground, sustaining injuries to his head and chin.