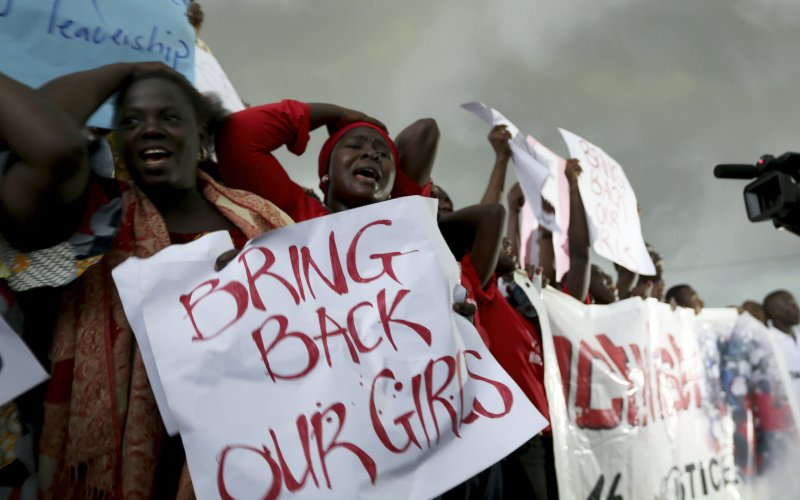 Eighty-two Chibok schoolgirls were released from Boko Haram insurgents on Saturday, according to Nigerian officials, a major development in the case of the Islamist group’s most famous victims, the teenagers whose kidnapping inspired the #BringBackOurGirls movement.

After months of negotiations, the girls were exchanged “for some Boko Haram suspects held by the authorities,” according to a government statement. They are expected to be sent to Nigeria’s capital on Sunday to meet the president.

In April 2014, Boko Haram kidnapped 276 girls from a secondary school in the town of Chibok. That mass abduction turned the insurgent group, operating mostly in the country’s northeast, into a household name across much of the world. Michelle Obama tweeted a picture of herself holding a placard with the #BringBackOurGirls hashtag.

A few dozen of the schoolgirls escaped, but more than 200 remained in Boko Haram custody until last October, when 21 were released as part of a negotiation with the militants. Many wondered what had happened to the rest of the girls – whether they had been killed in a military operation, or forcibly married to fighters who would refuse to release them.

Saturday’s release of another 82 girls was joyous news for the town of Chibok, and also a victory for Nigerian President Muhammadu Buhari, who had pledged again and again that he would locate and free the girls.

In spite of the focus on the Chibok schoolgirls, the group makes up only a tiny fraction of the thousands of people abducted by Boko Haram. In Damasak, on the Nigeria-Niger border, roughly 500 children are still missing, but they have received almost no attention within Nigeria or internationally. In many other towns and cities, hundreds more are still missing. Some 1.8 million people are now displaced across northeastern Nigeria due to the conflict, many of them living in near-famine conditions.

The Nigerian government has declared victory in the fight against Boko Haram, but the group continues to operate in many rural parts of the country’s northeast. Borno State, where the bulk of the fight has occurred, is the size of Belgium, and includes vast tracts of forest, making it difficult to locate fighters – or their hostages – by air. The group has split into factions, with one of them maintaining ties to the Islamic State.

It is not clear which Boko Haram suspects were released in exchange for the girls. Insurgents have for more than a year been trying to use the girls as leverage for a prisoner exchange. In a video released last year, some of the kidnapped girls were shown pleading with the government to begin negotiations.

The government’s statement thanked the government of Switzerland and the International Committee of the Red Cross for their role in the operation.