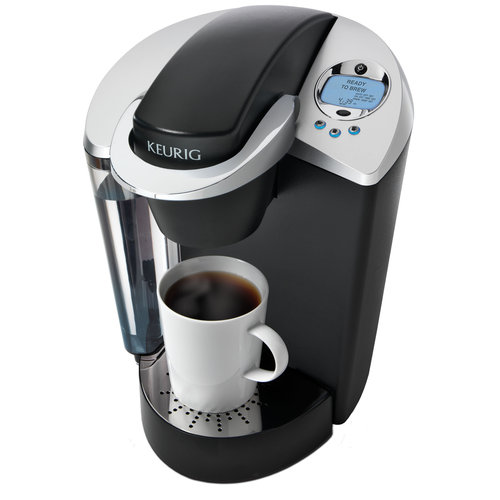 The Keurig coffee machine makes enjoying great coffee easy; Toveling it, however, is another issue…

A staple in the modern day work place- the Keurig coffee machine is source of delight and relaxation from the day to day stress of the office. It is a modern marvel, having brewed coffee- something that in the past would take a short while- in a matter of seconds. But, it is a vessel that has metal components. Is one required to Tovel it before usage?

The Gemara in Avoda Zara 75B tells us that each “Toveling” must include immersion in a Kosher Mikva. Although the process is fairly straightforward, modern application can be quite complex.

What could be wrong…?

Over the past few years, the coffee industry has been transformed with the advent of the Keurig. These single serve coffee packets [K-cups] and their brewers can almost instantly provide a cup of always fresh perfectly brewed hot coffee, in an endless variety of flavors. For the true coffee lover, it’s the answer to most of life’s problems.

As with every new fad, the Observant Jew has more on his mind. While the various agencies have successfully taken on the kashrus angle, some other areas are left to the consumer. Chief among them is the issue of tevila. The Torah mandates that a Jew’s utensils used in food preparation [provided they actually come in contact with food] must be immersed in a Kosher Mikva1. The Mishna [ibid] tells us that this includes a pot used for heating water. As such it would seem that a Jewish owned Keurig brewer would require immersion prior to use.

The problem however, is that the said machines generally have a computer chip which most technicians fear would get destroyed if immersed in water, rendering it useless (and voiding the warrantee). This leaves us with the difficult decision of giving up this advantageous machine altogether, or finding some other solution.

The first thing to clarify is whether or not it really needs tevila. The Torah only enumerates metals in the chiyuv of tevila, and the Rabbanan added glass2. Plastic is customarily not toveled. In general the Keurig [i.e. the parts that touch water] is almost entirely plastic, with the exception of the two pins that puncture the coffee packet, and an internal metal bowl that actually heats the water. Since, however, those metal parts are intrinsic to the preparation and come in contact with the water, according to most poskim the entire machine is considered to be of a material that needs tevila.

Another consideration is that it needs electricity to function, which requires a connection to an outlet at all times. Therefore some Poskim suggest that we can consider it attached to the ground and thus not obligated to be toveled. It is very difficult to rely on this for two reasons. First, many early Poskim are of the opinion that attaching a utensil to the ground does not absolve its chiyuv tevila. Secondly, many Poskim think it outright ridiculous that plugging in an appliance would be considered attaching it to the ground [see Shevet HaLevi Vol 2, 57].

When there is no solution…

A different line of reasoning contends that since it cannot be immersed without breaking it, that itself absolves you from doing so. There are two ways to understand this leniency. One, since it is a positive mitzva, it is similar to all positive mitzvos that an “Onais” [lit. Coerced] is exempt. For instance, we find that someone whose tzitzis tear in a public domain on Shabbos may continue wearing them for the time being because they cannot be repaired anyway on Shabbos. However that proof is self-contradictory, for we only allow wearing the tzitzis while he is in a public domain. As soon as a private place is reached he must remove them, despite his inability to repair them till after Shabbos.

A second understanding is that any utensil whose immersion will be ineffective does not need tevila. The precedent for this is the Rema [YD 120:11] who rules that a utensil owned by a partnership of a Jew and non-Jew is exempt from tevila. His source is the sefer Issur VeHeter, who explains that since it will remain [partially] a non-Jewish utensil, tevila (which is in essence to purify it from its previous non-Jewish ownership) will always be ineffective and thus exempt. Based on this, some suggest that if the utensil will break by immersing it, it too will be exempt. However the comparison is definitely disputatious, for while in the case of Rema the tevila is ineffective, in the case of the Keurig the tevila is just fine. It’s the machine that is ineffective.

Almost but not quite…

This does however lead us to a possible solution, and that is to sell a share of the machine to a non-Jew3, rendering him a partner and thus gaining the heter of the Rema. Although this seems like a great idea, there are various earlier teshuvos discussing utensils that were too big to be toveled, and we don’t find this solution given. The question is why? Some present day Poskim suggest that even the Rema never meant that you may do so l’chatchila, rather if you already bought it together with the gentile then by default you are exempt.

Ok, so let’s go a step further and sell the whole thing to a non-Jew, and just borrow it back indefinitely. Certainly everyone agrees that something belonging to a non-Jew is exempt even l’chatchila? The catch there is that by borrowing it back for that long it would seem to fall under the category of a non-Jew’s collateral entrusted indefinitely to a Jew. In this instance the Gemara tells us it must be toveled despite its non-Jewish ownership. In fact even if lent for a mere 30 days the Taz already requires tevila, if only miderabanan. [Although we do find this idea of sale to a non-Jew to exempt from tevilain earlier sources, it is generally only used together with other factors].

There is one solution that seems to be accepted by all poskim, though it does seem unconventional. That would be to have the machine dismantled or broken to an extent that it cannot be used at all without a professional repair. At that point it is Halachically not a Kli altogether. It would then be repaired or re-assembled by a Jewish technician, thereby regarded to be a Jewish made utensil. A utensil made by a Jew and sold to a Jew [without non-Jewish ownership in between] is certainly exempt from tevila. Not surprisingly, “kosherizing” Keurigs has already become a business in some Frum communities. On the other hand, since this process is quite complicated both technically and halachically, many Rabbanim prefer the “partnership” option mentioned above. As always, check with your Rav for guidance.

1 Note, since tevilas keilim is min hatorah, the mikva must have all the requirements for a tevila de’oraysa, which some mikvaos used for other purposes do not have. One should check with their local Rav.

2 Although glass is a rabbinic chiyuv, as far as the bracha recited it is the same as metal.