Dear Editor,
The “age gap theory”* has been receiving attention recently. What is being done to address this problem is providing incentives to make closer-in-age shidduchim and spreading awareness of it. This obviously has value and should continue. On top of that, I’m suggesting a new angle. We can divide the age gap into two components:

2) After starting, some of them take their time.

There is a phenomenon unique to today that a largely disproportionate number of girls are looking to marry learning guys. This results in boys – in an effort (often subconscious) to get a girl on their level of frumkeit – attempting or pretend to be more serious about learning than they are cut out to be. This is by no means across te board, but there is a segment of boys are fall into this category.

For example, a boy who has the money and zitzfleish to sit and learn for two years may try his hand at ten years. A boy who would be a learner-earner may be in a (full-time) yeshiva. Scaling down, a boy who could have been working since he was twelve may stay until third year and then go to a more laid back yeshiva that allows part time education or working. Of course I am generalizing, but I have to for the point of this letter.

Important: Some people have a hard time understanding why a boy would put himself in an overtaxing situation he doesn’t belong in, and thus wrongly place the blame on the boys.

Let’s clarify this by giving some examples. Say a boy, if not for society/girls, would be best off taking night classes. This is his dilemma. To take night classes, he has to switch to a yeshiva that allows it. That yeshiva might cater to boys who are less frum than he is. The boys there are also likely not to be his type and he will have no social life. On top of that, he will be suggested mostly girls who are not his type.

Another example: A frum solid boy who doesn’t come from a rich family and doesn’t want to limit himself to the 10 (?) percent of girls who can support him in today’s economy decides he should go to work. He is immediately hit with many issues that are a direct or indirect result of this issue. For starters, he has no one to network with because all of his friends are in yeshiva. When he gets over that barrier, though, 1) he has no more frum environment, 2) he has no more friends, and 3) he has no more girls to date. Yes, he might get a girl much less frum than he is and he might get one who has less qualities which is why she decided to be openminded about who she dates in the first place, but who says that will work out? And then what? He then decides that he shouldn’t go to work.

We see that even the biggest baal bitachon might have a good reason for sticking around. It’s high time that people drop the following misinterpretation of the Gemara in Sotah that every thing is bashert and everyone gets who they were destined for regardless of their actions. Clearly, Hashem gives us bechira to mess things up for ourselves (and maybe others – see the Ohr Hachayim Hakadosh) by making wrong decisions. If you disagree with this, then you disagree with addressing the age gap issue in the first place.

Many boys are extending themselves and attempting to be something they’re not. Consequently, they are not ready to begin dating until later. You need to have a certain level of happiness, productivity and responsibility in order to take that step. Also, the girls wouldn’t date them because “he’s a little kid.” You probably notice that most working boys start dating at 20 (as do Chassidim, some Israelis and some Sephardim – many of whom are allowed to do what’s best for themselves) and the real learners tend to be ready then as well, but they won’t start dating two years before their friends do. (We are not suggesting that boys are ‘faking.’ Absolutely not. Chas veshalom. That is totally not what is being said here by any stretch. It’s not black and white like that. Rather, most boys ‘upgrade’ somewhat – which by the way is a good thing too; don’t misunderstand – and take on more hours or years than they would’ve otherwise.

Because a boy who plans to support his own family often won’t get a “yes,” he may feel compelled in turn to date strictly girls whose families can provide support. This results in a majority of boys pursuing a minority of girls. The result is that boys take longer. Think about it. If everyone first waits in line to date the wealthy girls, and only when that doesn’t work out they switch lines, the result is that nearly all the boys take longer to get engaged. If the lines are relatively equal and people choose strictly by what makes sense for them, then everyone gets in earlier. Granted, there will always be more boys on some lines than others because there are other qualities that are universally appealing, but we don’t have to create new ones. Also, if you speak to boys about why they’re big parshiyos don’t work out, you’ll notice that many are related to this issue. i.e., he’s not serious enough for her, her family won’t support, they will support but they’ll be controlling, etc. And when a 22-year-old boy has a parsha it’s with a 20-year-old girl. When he is 24 and has his next parsha, it’s also with a 20-year-old. And when he gets married at 26, you got it, it’s also with a 20-year-old. Also, being in this compromising setting is also very bad for the mental health of a bochur, essentially leading him to be less frum – perhaps – than had he gone to work, resulting in him not being frum enough for the girl.

There are more girls than boys. Normally, a girl dates someone in her league. An “a” marries an “a,” a “b” marries a “b,” and so on. What’s happening here is both “a” and “b” girls are taught to marry “a”s (for example, the (“b”) girl who wasn’t so good in high school now ‘deserves’ a couple of years learning because she went to seminary), and “c” girls are going after “b” boys. And the “d” boy is NOT EVEN ON THE MARKET. Take the guy who maybe is not so frum and has been working his whole life. His “d” counterpart is chasing “c”s! He now has to turn to a different segment of society or the street for a shidduch. Hence, there are more 19-year-old girls than 19-year-old boys and more 23-year-old girls than 23-year-old boys. (Some of the boys got chased off the ‘shidduch island,’ if you will).

I want to stress that learning is very important – the most important – and it’s a wonderful thing that girls/society support it. I’m not saying that girls shouldn’t support Torah; rather, they should focus on the boy doing what he can, as opposed to pigeonholing him into a number of hours or years.

There are three things Hashem cries about (Chagigah 5b). One of them is someone who isn’t supposed to learn but does anyway. Perhaps if we stop him from crying, he will stop us.

In closing, what triggered this study was the observation that this is the first generation that has this problem. Moreover, even within this society it’s only the mainstream/Litvish/ultra-Orthodox. (The Modern Orthodox may have their own shidduch crisis, but it’s not mainly driven by the age gap. It’s a problem for boys and girls almost equally, and it’s driven by Western culture.) I asked myself what else is unique to this generation and unique to the mainstream/yeshivishe world? The answer? An overwhelming number of girls looking to marry Yissochors and not Zevulluns. I rest my case.

Chances are you disagree with some things. I couldn’t address all of your unspoken questions as I wanted to be concise. Please email me at jewishcrisis@gmail.com with any question you have and I will get back to you, be’ezras Hashem.

P.S. Limud haTorah is the most important thing in the world. The fact that boys are learning more than maybe they thought the could – who knows how powerful that is and what zechusim it brings us. Who knows if perhaps that reason itself to leave the system alone? We don’t know. We must turn to gedolim and daas Torah for that. This discussion is merely aimed at raising the issue, making the connection, and detailing the crisis in a manner that has never been detailed before. The ulitmate decisions must be made by our gedolim. This discussion here is the beginning of a process of analyzing and dissecting the shidduch crisis and age gap problem in real and practical terms.

Coronavirus In Israel: Cases Down, Ventilated Patients Up, As Vaccination Continues 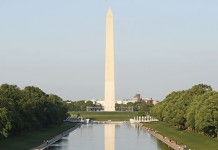