Please ask yourself the following questions:

– Do I know one girl who is 24 years-old or older in shidduchim?

– Do I know five girls 24 years-old or older in shidduchim?

– Do I know five boys who are 27 years old and still in shidduchim?

To most people in the Orthodox community, the answers to these questions reveal an unbelievable phenomenon. We all seem to know so many girls who have been dating a long time and still aren’t married, and yet the boys by and large seem to get married relatively quickly. Take the Lakewood Yeshiva, for example: There are about 500 new boys involved in shidduchim each year. Within 3 years, almost every single boy is married. Oddly, however, there are still many girls in who are still unmarried despite having dated 3 years.

Of course, no one has ever been to a wedding were there was a chosson without a kallah. However, somehow, for some reason, the boys seem to get married relatively quickly to girls and there still seem to be many, many girls hanging around, dating not for 2 or 3 years, but for more than 5, 6, even 10 years. Understanding the dynamics underlying this phenomenon is the key to solving the problem.

Perhaps the reason why some girls are not getting married is the presence of factors such as wealth, family lineage, attractiveness, intelligence, and so on. The girls who have money, yichus and looks are the ones being chosen as wives, while the others are not.

This explanation is not plausible to explain why some girls on the island remain unmarried, while all of the boys are married. Clearly, the only possible explanation is that there are more girls than boys. Wealth, yichus and beauty determine only which girls have a better chance of getting married and leaving the island. If there are 100 boys and 150 girls, obviously 50 girls have no possible chance to get married. It is impossible to know which girls will be among the unlucky 50. Perhaps girls from wealthy families, with yichus, beauty, etc., have an advantage over the other girls. But at the end of the day, there still will be 50 girls without a husband. Even if every single girl is wealthy, from a great family, etc., there still will be just as many leftover girls.

In the non-Chassidic community, girls start shidduchim at around 19 and boys at 22. The annual population growth of the Orthodox Jewish community results in a simple fact: there are many more 19 year-olds than 22 year-olds. It is the equivalent of matching twelfth-graders with ninth-graders. There are not enough 22 year-old boys for the 19 year-old girls.

The inequity of numbers (more 19 year-old girls than 22 year-old boys) exists across the spectrum of Orthodox Jewry, from Modern Orthodox to ultra-Orthodox, with the exception of Chassidim who face no shidduch crisis. In fact, in the Chassidic community, the girls are at a high demand. The reason why Chassidim have no problem is simple: Even though their population grows very rapidly, the boys start shidduchim at age 19, the same age as the girls.

This inequity of the numbers is so significant and critical that anything done to address this specific dynamic achieves progress towards easing the crisis.

Once the cause of the problem has been identified, what is the solution?

The solution is obvious, and it is the only solution. We – parents of young men and women, friends, shadchanim, mentors, rabbonim – need to take the initiative to close the age gap between boys and girls who are dating.

Although the present situation and trend are extremely alarming, there is good news. The resolution to the crisis is within our grasp. All we need do to is slowly but surely close the age gap so that the numbers are equal. This does not mean that no 19 year-olds may get married, nor does it mean that every boy must marry a girl older than he. What we must do in our community, in a united effort, is to encourage our young men and women to date each other at a significantly closer age than in the past.

The most effective course of action at this time is to educate the community about the issue. This is the goal of the NASI Project, the North American Shidduch Initiative. In the short amount of time that we have been spreading the word, there has been a tremendous change in the attitude of boys and their parents towards meeting slightly older girls.

Every public speech on the topic has a positive effect. Every bit of marketing and publicity makes a tremendous difference. Countless phone calls have come from mothers of boys, who tell us that their son has just become engaged to a girl his own age, whom they never would have considered before they became aware of the efforts to solve the shidduch crisis.

In the last 18 months, we have been informed of over 550 close-in-age shidduchim. The average age of these girls has been almost 24. Many shadchanim, including Shlomo Lewenstein, Meir Levi, Ellen Lieber, Chana Rose, Sarah Richards, Evelyn Grubner and others report to us that the boys and their mothers are so much more receptive to close-in-age shidduchim than they ever were in the past. Today, a mother is interested in her son meeting a girl of 23, while yesterday she never would have considered it.

This crisis is real. The pain of the families with daughters in shidduchim, especially older daughters, is great. The consequences of the problem, if left unaddressed, will be tragic. Indeed, it is a matter of pikuach nefesh, life and death, as Rav Shmuel Berenbaum zt”l told me just weeks before his passing when I went to him to discuss the topic of the NASI Project.  He told me this is absolutely pikuach nefesh and that anything that can be done must be done.

The time to change the trend is now.  Spread the word, and encourage your friends with boys in shidduchim to date girls their own age. Be part of the solution, not part of the problem. 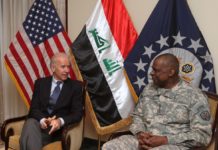 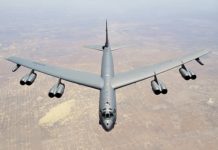 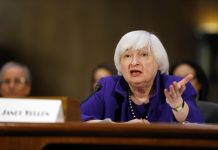