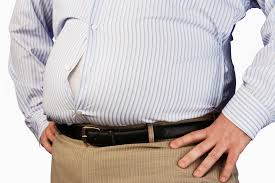 It was one of the largest, most rigorous experiments ever conducted on an important diet question: How do fatty foods affect our health? Yet it took more than 40 years – that is, until today – for a clear picture of the results to reach the public.

The fuller results appear tonight in BMJ, a medical journal, featuring some never-before-published data. Collectively, the fuller results undermine the conventional wisdom regarding dietary fat that has persisted for decades and is currently enshrined in influential publications such as the U.S. government’s Dietary Guidelines for Americans. And the long-belated story of the Minnesota Coronary Experiment suggests just how difficult it can be for new evidence to see the light of day when it contradicts widely held theories.

The story begins in the late 1960s and early ’70s, when researchers in Minnesota engaged thousands of institutionalized mental patients to compare the effects of two diets. One group of patients was fed a diet intended to lower blood cholesterol and reduce heart disease. It contained less saturated fat, less cholesterol and more vegetable oil. The other group was fed a more typical American diet.

There was “a favorable trend,” they wrote, for younger patients.

Today, the principles of that special diet – less saturated fat, more vegetable oils – are included in the Dietary Guidelines for Americans, the government’s official diet advice book. Yet the fuller accounting of the data indicates that the advice is, at best, unsupported by the massive trial. In fact, it appears to show just the opposite: patients who lowered their cholesterol, presumably because of the special diet, actually suffered more heart-related deaths than those who did not.

The higher rate of mortality for patients on the special diet was most apparent among patients older than 64.

The new researchers, led by investigators from the National Institutes of Health and the University of North Carolina, conclude that the absence of the data over the last 40 years or so may have led to a misunderstanding of this key dietary issue.

“Had this research been published 40 years ago, it might have changed the trajectory of diet-heart research and recommendations” said Daisy Zamora, a researcher at UNC and a lead author of the study.

The new research could agitate the debate over one of the most controversial questions in all of nutrition: does the consumption of so-called saturated fats — the ones characteristic of meat and dairy products — contribute to heart disease?

It is, without doubt, an important question. Heart disease is the leading cause of mortality in the United States, and Americans eat a lot of red meat and dairy foods.

The federal government has long blamed saturated fats for health troubles, and continues through the Dietary Guidelines for Americans, the influential advice book from the government, to recommend that people limit their intake.

Indeed, the Dietary Guidelines continue to embrace the principles advocated by the Minnesota researchers from forty years ago. The book advises Americans to limit their intake of saturated fats and to replace them at least in part with oils, just as the Minnesota experimenters did 40 years ago. More specifically, it advises Americans to consume about five teaspoons of oils per day [27 grams per day], most of which are extracted from canola, corn, olive, peanut, safflower, soybean, and sunflower.

“Oils should replace solid fats rather than being added to the diet,” it advises.

But the idea that spurning saturated fat will, by itself, make people healthier has never been fully proven, and in recent years repeated clinical trials and large-scale observational studies have produced evidence to the contrary.

The new research adds to the previous findings calling into question the health benefits of diets that reduce consumption of saturated fats in favor of other foods.

“What this research implies is that there is not enough evidence to draw strong conclusions about the health effects of vegetable oils” Christopher Ramsden, a medical investigator at NIH and a lead author of the study, said in an interview.

Ramsden and colleagues discovered the missing data during their research examining the potentially harmful effects of linoleic acid – a key constituent of most vegetable oils – on human health.

Their paper notes that before the advent of agriculture, humans got two to three percent of their calories from linoleic acid; today most Americans, awash in cooking oils and oils added to snack foods, get much more. Preliminary research suggests a link between linoleic acid and diseases such as chronic pain, Ramsden said.

It’s not exactly clear why the full set of data from the Minnesota experiment was never published.

As research efforts on diets go, the study was very rigorous. Funded by the U.S. Public Health Service and the National Heart Institute, it involved more than 9,000 patients who were randomly assigned to one of the two diets. The patients did not know which diet they were receiving. About a quarter of the patients remained on the diet for a year or longer. Detailed measurements of blood cholesterol and other indices of health were recorded.

But the results of the study were never touted by the investigators. Partial results were presented at an American Heart Association conference in 1975. It wasn’t until 1989 that some of the results were published, making a medical journal known as Arterosclerosis.

Why such an apparently well-done study received so little fanfare is mystifying.

The lead investigators of the trial, noted scientists Ancel Keys and Ivan Frantz, are deceased.

But Steven Broste, now a retired bio-statistician, was then a student at the University of Minnesota, used the full set of data for his master’s thesis in 1981 and interacted with the researchers. Part of the problem, he suggested in an interview, might have been limits on statistical methods at the time. Computer software for statistics wasn’t as readily available as it is today. So, back at the time of the study, it wasn’t as easy to know how significant the data was. Broste completed his thesis several years after the last patients had left the trial, but it was not published in a journal.

But Broste suggested that at least part of the reason for the incomplete publication of the data might have been human nature. The Minnesota investigators had a theory that they believed in – that reducing blood cholesterol would make people healthier. Indeed, the idea was widespread and would soon be adopted by the federal government in the first dietary recommendations. So when the data they collected from the mental patients conflicted with this theory, the scientists may have been reluctant to believe what their experiment had turned up.

“The results flew in the face of what people believed at the time,” said Broste. “Everyone thought cholesterol was the culprit. This theory was so widely held and so firmly believed – and then it wasn’t borne out by the data. The question then became: Was it a bad theory? Or was it bad data?…My perception was they were hung up trying to understand the results.”