[See our earlier article here.] Rav Zev Moreinu’s titles included Av Beis Din Adath Batei Dinei Ha’Tzedek L’Kol Israel, Chief Rabbi of Lodz and Chief Rabbi of Poland. The communist authorities fought long and hard to strip the niftar of those titles, accusing him of breaking the law by calling for legalization of kosher food production for internal use within Poland, protection of Jewish communal properties such as cemeteries, batei midrashoth and batei mikvaoth and the like. For this he was accused of Treason. Before much of the Jewish community left Poland the niftar, then the Secretary to the Chief Rabbinate of Lodz, was unanimously elected to the position of Chief Rabbi of Lodz, later to be elected also unanimously to the position of Chief Rabbi of Poland. He remained in Poland when others have left and stood as a barrier between communist bulldozers and our over 1500+ Holy Cemeteries. Later he contended with confused Jewish opportunists who gave up on the possibility of saving those holy resting places. Ha’Rav Moshe Feinstein, z”l intervened by issuing a proclamation that no one can raise a hand in Poland in Jewish matters without the permission of the niftar. He can rest knowing that the bones of millions of our Holy ancestors have not been profaned as planned.

The niftar was not only well-versed in French and Latin languages but also in Roman Law. He was “Friend of the Court” whenever critical Jewish matters were at stake. He expounded the Law in a way that only the most able religious layer could. He held the right to separation of Religion and State paramount. He strove to educate our leaders that “b’chinam” is the preferable way to serve the community as dictated by the Shulchan Aruch and that the US government-sponsored education of religious Jewish arbitration judges was our only kosher way to accept funds from the US government.

He was a humble and patient man whose spoken and written words of Torah echoed in every corner of Jewish life. His knowledge was immense. He was a peace maker of untold proportions. His was the decade-long secret work that brought Arab and Israeli representatives in a first-of-its-kind conference and his were the efforts that culminated in the Reform leadership’s decision to announce a shift in the movement’s direction back toward traditional Judaism.

He was a man who suffered insults with a smile on his face. He knew he was in the right.
He could have, but did not, defend his own honor other than through confidential interchanges with only those who offended him and only when Jewish welfare in general was involved.

He lived his life according to the very Torah principles he taught. Even those who prosecuted him eventually admitted that at no time did he ever write any letter or say any one thing in defense of Jewish life in Poland that was not true or that later did not turn out to be true. I have not ever known him to say an untruth in all the years I served as his (honorary) secretary.

His eulogies fall short of the true honor due to this great and humble man. The Jewish world owes this niftar a debt of gratitude. As he was surely welcomed to the olam ha’ba’a by millions of those souls whose interred bones he saved from being profaned in Poland as well as millions of onlookers we, in this world, should thank him through recitation of Kadish and Mishnayot for the Aliyah of his Neshama to the closest circles surrounding the Shechinah. Ha’Gaon Ha’Rav Zev ben Pinchas z”l. 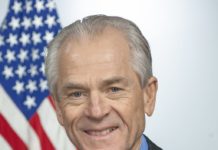 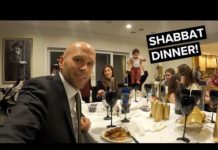