Palestinian Authority leader Mahmoud Abbas and leaders of Arab countries expressed their disapproval over the newly revealed U.S. Mideast peace plan at the Arab League summit in Cairo over the weekend.

“I am profoundly convinced that [U.S. President Donald] Trump does not know the first thing concerning this plan. He has no link to it,” Abbas told journalists in Cairo on Sunday.

The plan, he said, was the product of Trump’s senior Trump adviser and son-in-law Jared Kushner, former special envoy to the Mideast Jason Greenblatt and U.S. Ambassador to Israel David Friedman, who he said had just put “[Israeli Prime Minister Benjamin] Netanyahu’s ideas” to paper.

The Arab League issued a statement on Saturday, saying it “rejects the U.S.-Israeli ‘deal of the century’ considering that it does not meet the minimum rights and aspirations of Palestinian people,” adding that it would not take part in the plan’s implementation.

Nonetheless, representatives of the United Arab Emirates, Bahrain and Oman, attended the plan’s unveiling at the White House last week, while Saudi Arabia issued an official statement accepting it as a basis for negotiations.

The day after the plan was announced, Abbas sent a handwritten note to Netanyahu declaring that the P.A. now saw itself as free from its obligations under the Oslo Accords, including security coordination with the Jewish state. However, a senior P.A. official told The Times of Israel on Sunday that the P.A. had not yet taken any concrete steps to end security coordination with Israel.

“Until now, the coordination is ongoing, but relations are extremely tense,” the official said, adding that should Israel begin extending its sovereignty to Judea and Samaria and the Jordan Valley, the situation would change drastically. 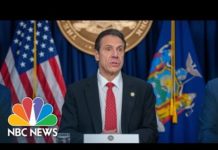 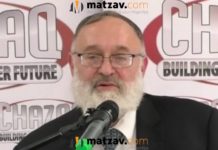